27 July 2015 | By Nick Horth
Bizarrely, Bethesda’s fantasy epic Skyrim once features mourning and haunting mechanics for NPCs, meaning that a slaughtered civilian could come back as spectre and follow their relatives around.

This only worked for one NPC in the entire game world, and not at all for high-profile characters. For whatever reason, Bethesda eventually binned the systems, but modder Vagonumero12 over on Nexus Mods has restored the cut content. 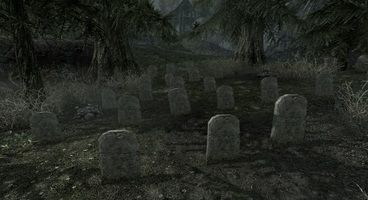 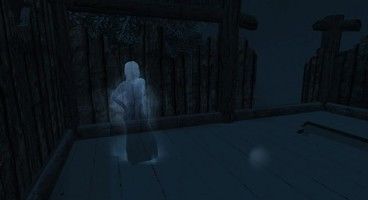 “Haunting: when an unique NPC with family dies, there will be a random chance that it will -after some time- "resurrect" as a ghost that will follow a relative for the rest of the game. Only NPC with generic voice files (don't expect to see Ulfric as a ghost), and only a single NPC in the whole save. You won't be able to fill Skyrim with ghosts (it was left like that by Bethesda).

Mourning: when an unique NPC with family or friends dies, their relatives/friends will do some comment about their loss to you on their hello dialogues.”

Weird. Sounds like this system was originally meant to form part of a side-quest, but was abandoned by Bethesda for whatever reason. Thinking about it, the idea that some random NPC that you paralyzed with a poison arrow and kicked off a waterfall (hey, we’ve all done it, right?) could suddenly appear in front of you as a ghost is a pretty creepy one.