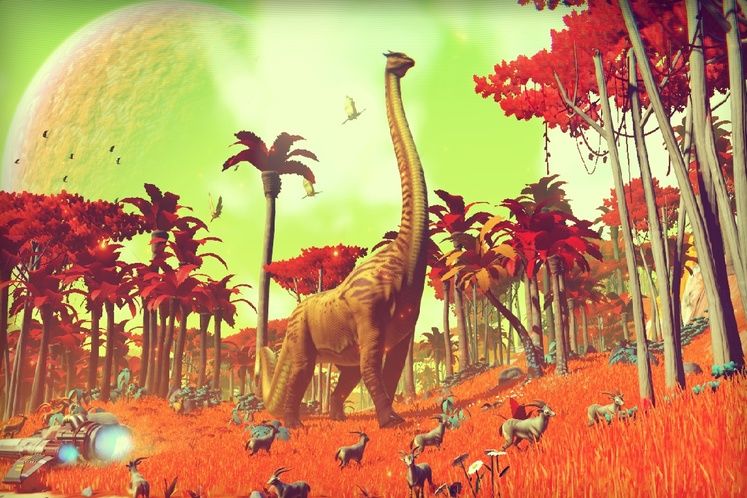 Hello Games has finally nailed down a window for the release of their sci-fi interplanetary first-person survival game, No Man's Sky. Announced at Sony's Paris Games Week press conference, No Man's Sky will allow players to jump into the cockpit and reach for the stars in June of 2016.

The game was announced during Sony's conference at E3 2014 and has been turning heads with its vast universe of explorable content and procedurally generated planets. Each planet features unique vegetation, animals, and resources. Factions also move throughout the galaxy that players will be able to interact with.

No Man's Sky will be releasing on PC and PS4.