We've also been given our first look at the game in a new trailer, which showcases a stark sci-fi world in which powerful mega-corporations battle for resources on the surface of Mars.

The real-time, player-driven market is the foundation of the game," explain the developers, "allowing players to buy and sell resources, materials, and even the food and water their colonists need to survive. Only by buying low and selling high – and perhaps engaging in a little more overt market manipulation with hacker arrays, black-market pirate raids, and more – can players build up enough capital to gain access to the incredibly lucrative offworld markets that bring in the cash they need to buy out their rivals and claim the Martian economy for themselves."

Interesting. Here's an example given by Mohawk of how the evolving market works. Say you buy up all the water deposits across the planet as your first move - now you have a powerful card to play. Destroy your opponent's manufacturing sector with a sneaky EMP, and his stock price will plummet. Now you can use the resulting chaos to buy up his shares with the money earned from your domination of the water market. 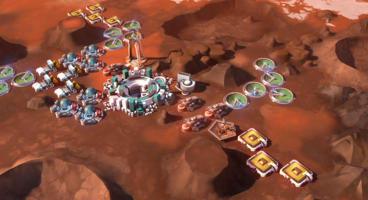 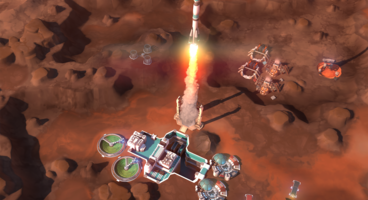 Definitely sounds a bit different from your typical tank-rushing RTS, doesn't it? The initial Early Access version will let fans play online free-for-all matches, explore the single-player campaign, and skirmish against the AI, which is apparently "already more than capable of wiping the floor with unsuspecting players".

If you don't fancy waiting until February 12, you can grab the Early Access edition of Offworld Trading Company via Mohawk's own store. Those who buy it at this early stage will find their copy discounted to $35.99, down from the regular price of $39.99. 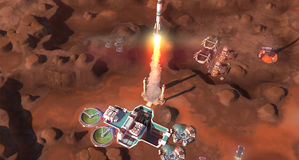