Electronic Arts and Star Wars have had a happy marriage for years, and 2015 was no different, with 13 million units of Star Wars Battlefront shipping and free-to-play MMO Star Wars: The Old Republic going strong. It's not surprising that the publisher would tease that it has two new games in the pipeline.

The publisher's CFO Blake Jorgensen stated at the Morgan Stanley Technology, Media and Telecom Conference in San Francisco that Star Wars has been a big seller for the company, even though they're contractually not making any tie-ins with the new trilogy including The Force Awakens (though Battlefront did make a connection with the Battle of Jakku content). 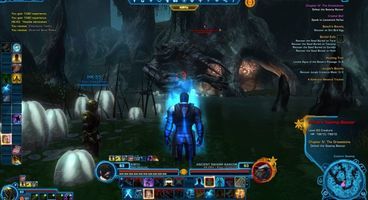 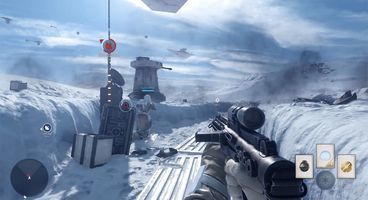 "We see it as a great start - building a strong base of people that want to play in the Star Wars universe," he told the audience at the conference. "And then leveraging it over time with action-oriented games, future Battlefront first-person shooter style games, new mobile games."

"We've got a couple of things up our sleeve that we haven't talked about yet but you'll probably see them teased over the next six months."

Whatever the new games are, they won't be on the E3 show floor this year, and they won't be based on The Force Awakens or either of the upcoming two films. One has to wonder if maybe Star Wars 1313, the Boba Fett shooter that was axed a while ago, might be one of the titles, especially since the assets still exist.