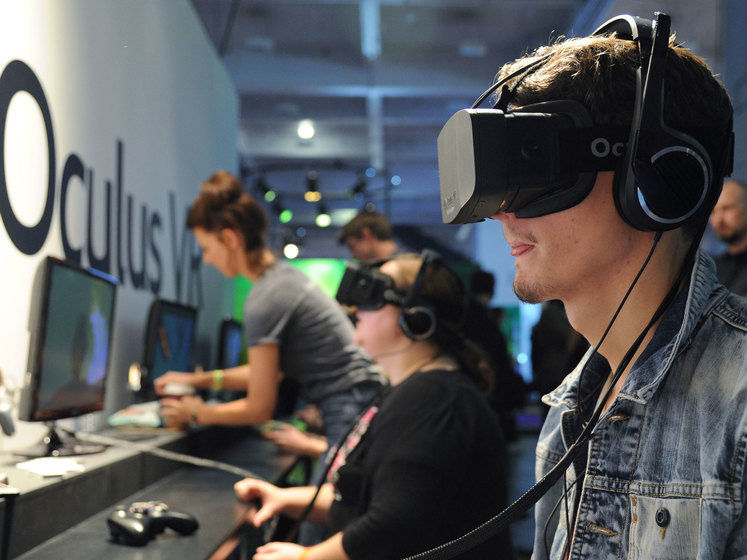 If you've already pre-ordered the $599 virtual reality headset Oculus Rift you'll be expecting to get an email shortly telling you when the device will ship, although unfortunately some people won't know for sure until the 12th April, as Oculus VR have sent out a notice explaining that there's been component shortages due to huge demand.

The Facebook-owned company is now offering free handling costs to apologise to anyone who's pre-ordered the Oculus Rift, which will be offered to all orders placed through today.

Byron Atkinson-Jones of Xiotex Studios, who's developing Caretaker Sacrifice for the Oculus Rift, was kind enough to show the statement that was sent to developers and consumers on Twitter. 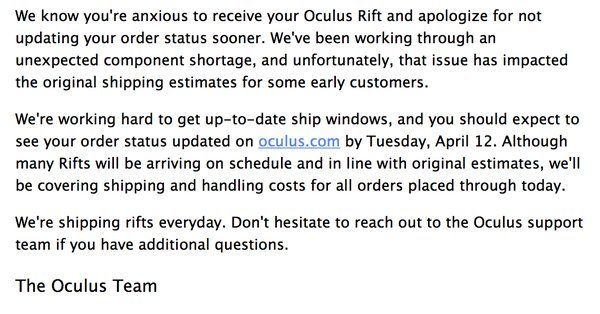 That's quite a saving as the shipping costs around $50 – 100 when you pre-order, although we aren't sure if shipping is free for people that order a Oculus Rift from today. We'll see if we can find out for you.