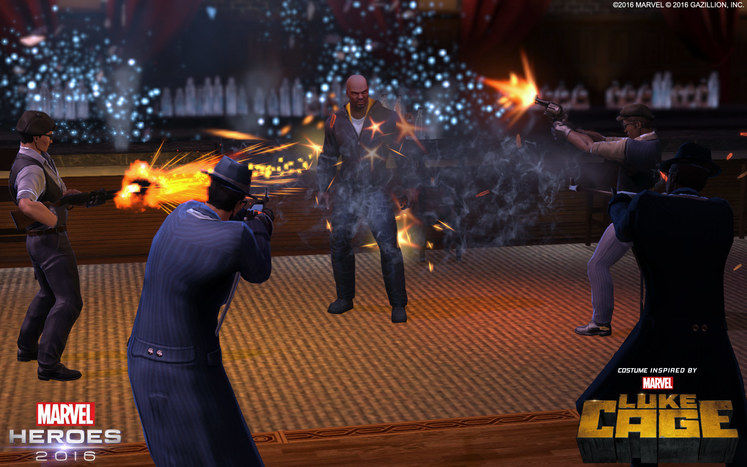 Straight from the full season premier of Luke Cage on Netflix over the last week, free-to-play Hack n' slash title Marvel Heroes 2016 is celebrating the release with a few updates to their hero roster.

While available for a few years already, the Marvel Heroes rendition of Luke Cage gets his own shake-up with a costume more closely resembling his on-screen appearance portrayed by Mike Colter in the new Netflix series. Accompanying him comes Jessica Jones - mimicking how the tie-in series had the two working together. 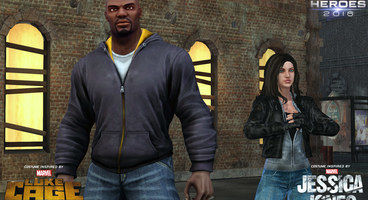 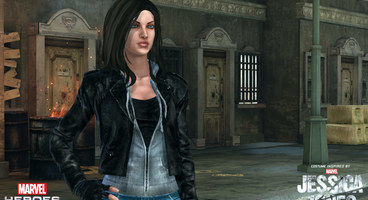 Furthermore, Luke's 2013 costume has been newly updated with both his 'modern' and 'classic' suits seeing similar changes. Players are now able to purchase a the 'Heroes for Hire '97' Fortune card honoring Cage's pre-millennium comic series containing costumes for the man himself, Iron Fist and She-Hulk.

You can download and play Marvel Heroes 2016 for free through Steam. The new update has already gone live not even 2 weeks after the Ghost Rider update.