Is Marvel Heroes some part of a super villain's evil scheme to fleece money from unsuspecting comic fans?

Just a few months after rebranding Marvel Heroes as Marvel Heroes Omega, Marvel and Disney decides it will shut down the game and end relationship with developer Gazillion.

Marking Marvel Heroes' 61st playable character since its launch back in 2013, Gazillian's Diablo-esque ARPG gains Black Bolt as its next.

Could Marvel Heroes 2016 Be In For More Than A Name Change This Year?

Though the timing doesn't line up with any immediate Marvel movie releases as usual, the Marvel Heroes 2016 twitter account seems to be hinting at big plans for 2017.

Straight from the full season premier of Luke Cage on Netflix over the last week, free-to-play Hack n' slash title Marvel Heroes 2016 is celebrating the release with a few updates to their hero roster.

While available for a few years already, the Marvel Heroes rendition of Luke Cage gets his own shake-up with a costume more closely resembling his on-screen appearance portrayed by Mike Colter in the new Netflix series. Accompanying him comes Jessica Jones - mimicking how the tie-in series had the two working together.

ABC's Agents of SHIELD may not have raked in the fewer figures of its last season a few nights ago, but Marvel Heroes 2016 - the Diablo-esque F2P PC title set in the heroic universe - was primed and ready to introduce this season's main focus into the SHIELD ranks.

Daisy Johnson, AKA Quake or Skye, leads the fray from the entire 4th season stretch of Agents of SHIELD, whereas newcomer to the series - but certainly not the franchise - Ghost Rider comes bearing the chains. 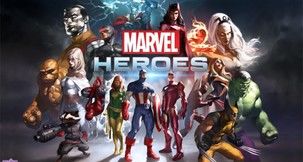 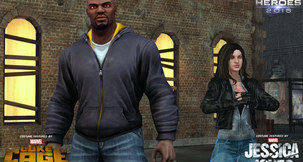 Celebrate Luke Cage On Netflix With Another...