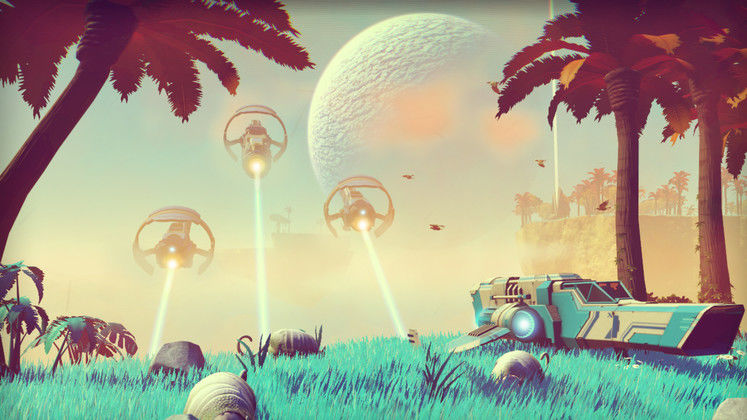 With every No Man’s Sky story I post, I kinda say the same thing--expectations for this game are impossibly high. That can be blamed on the vaguely grandiose marketing, sure, but it’s also on players for not realizing the ridiculous vastness of their own hopes. Now that the game is out, folks are disappointed that a feature that was never going to be in the game isn’t in the game.

Of course, that’s my cynical take on it. The straight story is that No Man’s Sky will allow players to see each other, sometimes and in limited circumstances. A couple of streamers found the same spot on the same planet, but didn't see each other. Designer Sean Murray described the chances of this ever happening as very small, both due to the scale of the universe and the way the game handles multiplayer, allowing them to cross paths in invisible instances, similar to Journey or Dark Souls. 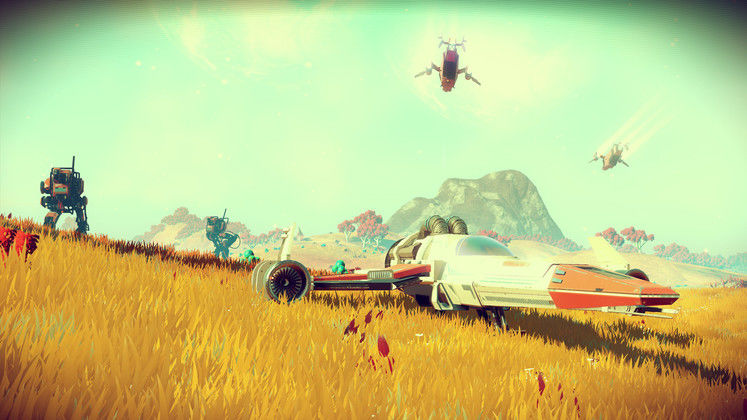 That’s been known from various interviews for years, but hey. I get it. Folks want to explore the galaxy with their friends. Just in case the message wasn’t clear, Murray tweeted this out just before the game’s release:

To be super clear - No Man's Sky is not a multiplayer game. Please don't go in looking for that experience.

We do have some online features and easter eggs so people can know they are playing in the same universe. It's about cool "moments"

I’m not sure why “game feature is as exactly as described in interviews” is a news story, but folks are clearly upset about it, so here we are. No Man’s Sky will hit Steam this Friday, so hopefully PC players will take that time to bring their expectations into line with what the game actually is, and not what the vague marketing campaign didn’t explicitly say that it’s not.