Heading onto Twitch to give away some fancy processors, the guys behind Warhammer: End Time - Vermintide took the hour long opportunity to show off a rather large update coming to the game - VR support.

Donning the HTC Vive the crew jumps into an apparent bonus level within the game where you're quickly traveling through a mine shaft on a cart, pulling into intersections and fighting off Skavens with fire spells conjured from a staff in your other hand. 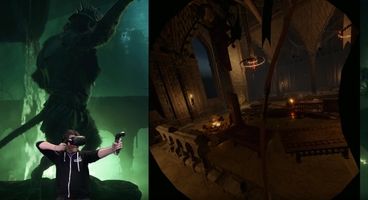 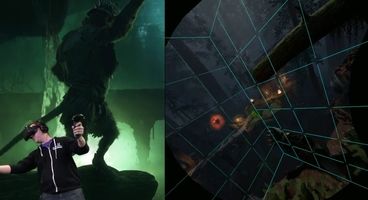 With the game apparently being CPU bound, Warhammer: End Times - Vermintide likely won't be an easy thing to pull off comfortably in VR without a fairly high-end processor.

Anyone with a copy of the game - like those who took up the free weekend offer - will receive a copy of the seperate VR title for free when it releases before the end of 2016.

Movement is handled through the same point-and-click teleportation method seen in the vast majority of current-day VR titles, though most of the levels seem to either act as on-rails shooters or static vantage point archery brawls.

While there's no solid release date in mind, the VR section of Warhammer: End Times - Vermintide is promised to release before the end of 2016. So we're looking within a few weeks, either way.

Watch live video from on www.twitch.tv