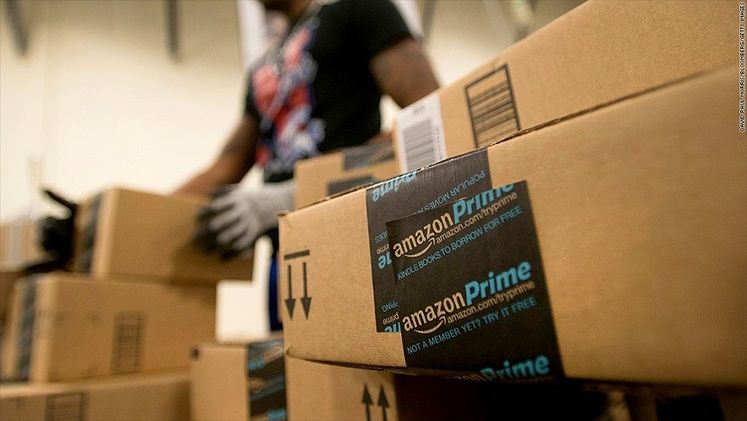 Amazon is steadily attempting to build reasons as to why folks should go in on their premium Prime service. While 2-day shipping, e-book rentals, and music downloads might not appeal to all gamers, they've recently added a feature that might: a discount on all new release titles.

The newest feature of Prime was announced and is now prominently featured on the US Amazon game page. For all games that have been newly released, in this case all games that been out for only two weeks, customers can score a 20% discount on their purchase. 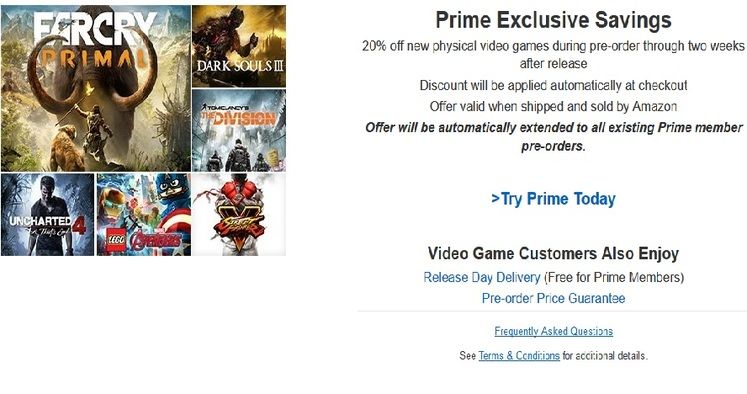 There are a couple catches to this deal. For one, the deal applies only to physical copies of games. For PC gamers in particular where a ton of games are now available as digital release this may be problematic. The big name titles won't slip by as most of them still publish physical copies regularly, but getting 20% off of a smaller title or publisher just might not happen.

The second issue is that this deal doesn't seem to be live worldwide just yet. It's not up on the UK Amazon Prime site right now. If this is a permanent fixture to Prime membership, then the perk might come soon enough, but for now, it would appear that Europe is out of luck on taking part in this deal.

We reached out to Amazon to find out more about their newest addition to Amazon Prime benefits. Expect more on this matter as information becomes available.