15 March 2016 | By Jonah A. Falcon
There's nothing more exciting than having giant creatures fight robotic versions of themselves, such as when Godzilla fought Mecha-Godzilla. Now, developer Studio Wildcard is teasing something metallic for its upcoming Twitch Live Stream.

Well, it's not so much "teasing" as outright telling everyone there's going to be a robo-dinosaur. In a blog post titled, "Mysterious Mysteries: GIGAntic Expectations!", an image of a metallic Giganotosaurus is shown.

Loot dinos and flaming swords await you in our latest collection of the Best ARK: Survival Evolved Mods. 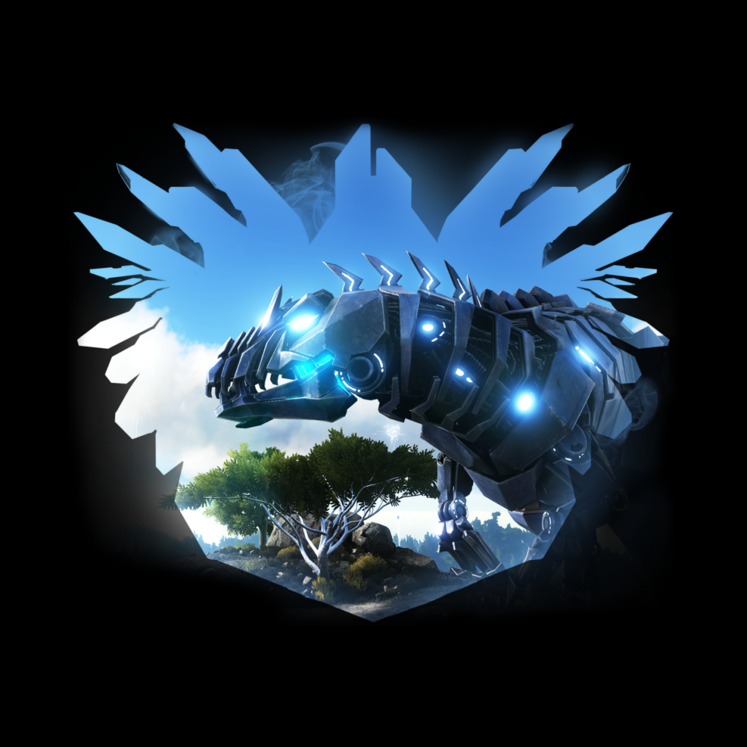 The blog then states, "Further details to come later", linking the game's Twitch.tv page. It'll be there that the not-so-mysterious mecha-Giganotosaurus will be unveiled. Just to keep you happy, we've embedded the Twitch Stream below - which has a countdown ticking down to 2PM EST / 7PM GMT - because we're good like that.