30 launch titles for Oculus Rift revealed, each with "Comfort" ratings 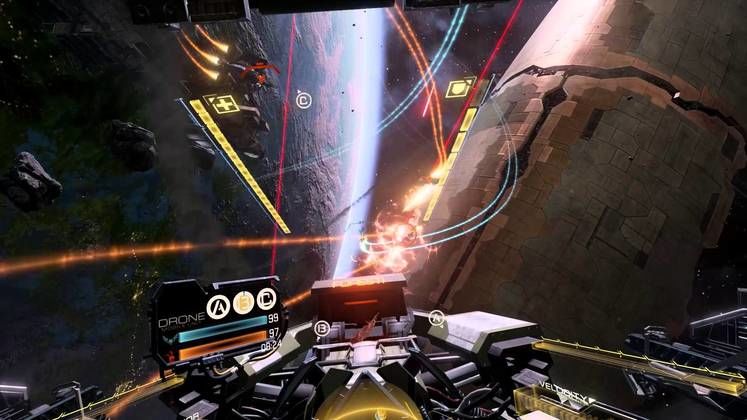 Oculus has released a list of games that will be available on launch for its upcoming virtual reality headset, the Oculus Rift. Interestingly, the hardware manufacturer also rated each game in terms of comfort.

The three ratings are "Intense", "Moderate" and "Comfortable". Judging by the list, titles in which the action is frenetic and camera movement is quick and sudden are "Intense" games; titles like ADR1FT and EVE: Valkyrie. The "Moderate Titles" seem to be games that are mostly first person but aren't as frenetic include games like VR Tennis Online and The Climb. "Comfortable" games are mostly static, such as Pinball FX 2 and Defense Grid 2. 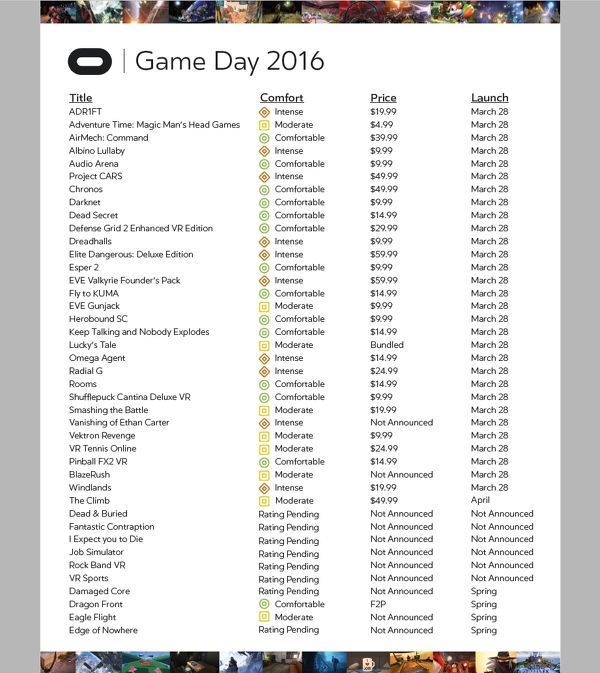