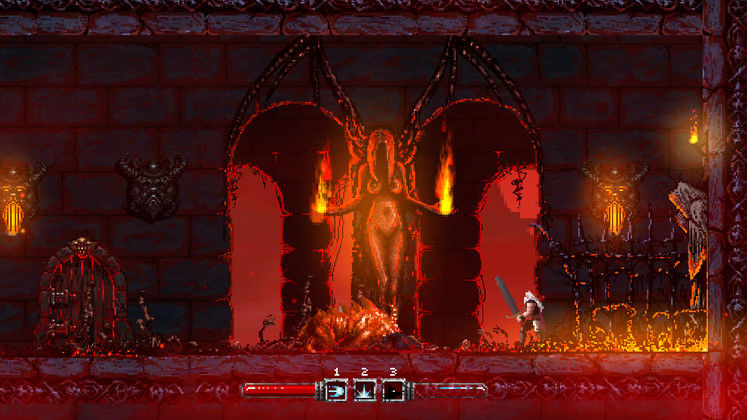 Indie developer Wolf Brew Games has announced that their Gothic Metroidvania-style action-platformer Slain! won't be making its January 27th release date, and instead will be hitting Steam on March 24th.

According to the developer, "The game needs a few last tweaks because right now no mortal man or woman could possibly get past Slain!’s intense platforming, traps and monstrosities." 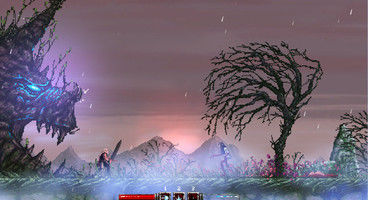 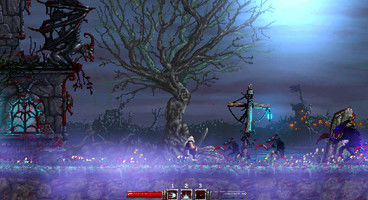 Looking for other great looking indie games like Slain? Check out The Best Indie Games on PC for more!

Slain! pays homage to the old hack-and-slashers from the 1980's and 1990's, with a music score inspired by such hard metal bands like Metalocalypse's fictional band Dethklok and real-life band Slayer, and 16-bit graphics. The game "features a strategic twist that has players use elemental weapons" as players employ "mana spells and cunning skill to exploit the weaknesses of enemies such as werewolves."

To give a better idea of the look and feel to the game, check out the trailer released last year that shows off the slick and smooth gameplay, as well as the moody, pulse-pounding soundtrack. 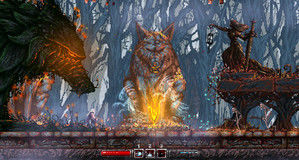