No Man's Sky has been out for a bit now and it got off to a rocky start. It's a big game with big ambitions and a big universe to try to encompass everything after all. That said, Hello Games isn't sitting on its heels letting problems be problems. They've released several patches already and have worked tirelessly to ensure that the game runs the way it ought to.

Of course, patching a game as popular and extensive as No Man's Sky takes a lot of work and once one thing gets fixed, another may just as well break as a result. Regardless, we're here to keep you up to date on what's happening. Below, you'll find a list of each of the patches the PC version of No Man's Sky has received as well as a break down of what they resolved, added to, or removed from the game. 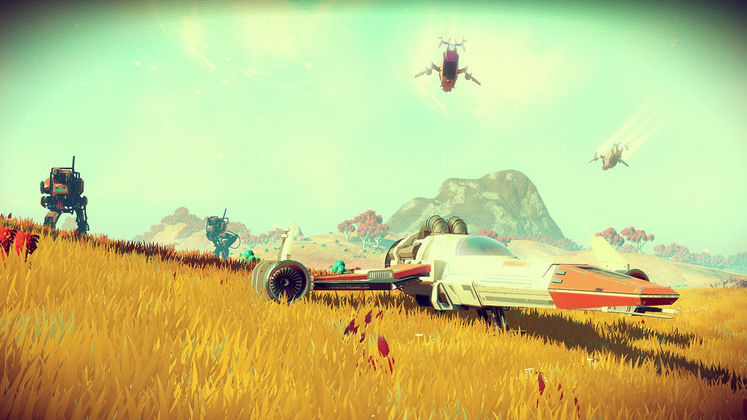 This patch was aimed at addressing common complaints that players were coming across in No Man's Sky. Strengthening the save system, further removing the possibility of being stranded, and a slew of bug fixes were high priority on the list to make sure the player's hard earned work didn't go to waste. Hello Games made a statement that the fixes in this patch applied to about 70% of the running customer complaints at the time of release.

Before this patch, there was a possibility that if you died in the atmosphere of a planet in a damaged ship, you were be transported to the nearest space station. Your launch thrusters and pulse engine could be damaged and if you didn't have the resources to make repairs, you could end up stranded and incapable of leaving the station and continuing your journey. This patch resolved the issue, ensuring a proper spawn point that won't leave the player out of luck in such a scenario.

With this patch, players who have experienced corrupted saves are now capable of loading those save files regardless. This is in an effort to pinpoint what is corrupting the files and Hello Games is working with players to identify the problem, allowing this fix in the meantime in hopes of helping players recover otherwise lost saves.

This part of the patch addresses three major problems that have been causing No Man's Sky to crash:

-A game-crashing threading issue that results from the player building a larger and larger database of discoveries has been resolved.

-A large number of blueprints in inventory that are gained in a specific set of orders caused the game to crash upon the player collecting their next blueprint. This has been resolved.

-Players who set numerous waypoints regularly could crash the game in the Galactic Map. The patch has fixed this. 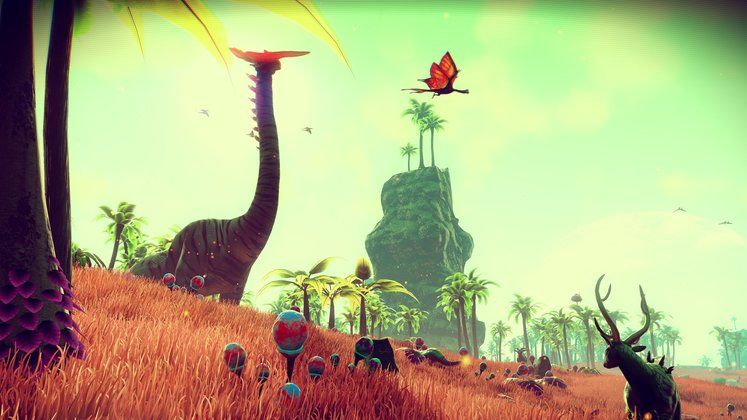 A peculiar bug that resulted from a ship being shot down in the atmosphere of a planet resulted in the ship hitting the ground at unaccounted for speed, lodging the player underneath the terrain of the world, and saving the game, leaving players stuck both in the ground and in that save. The occurrence will that leads to this will no longer happen.

Sometimes when players warped between systems, the game would lock up in the transition or exit to desktop. Apparently, this was a hardware-based bug, but either way, it was resolved.

The presence of this bug made itself known for some people when loading up their save ten times and then dying without saving again. This would lead to players being unable to save again until death, not to mention growing the save file far beyond its normal expectations. Both problems were fixed.

A rare glitch, but sometimes when running a scan from a planet or ship, the game would crash. With the addition of this patch, that has been fixed.

Sometimes when coming out of a warp and into combat, the player ship would warp right into the inside of a freighter ship, causing many functions to go awry. This patch ensured that players would no longer come out of warp speed directly in collision with freighters. 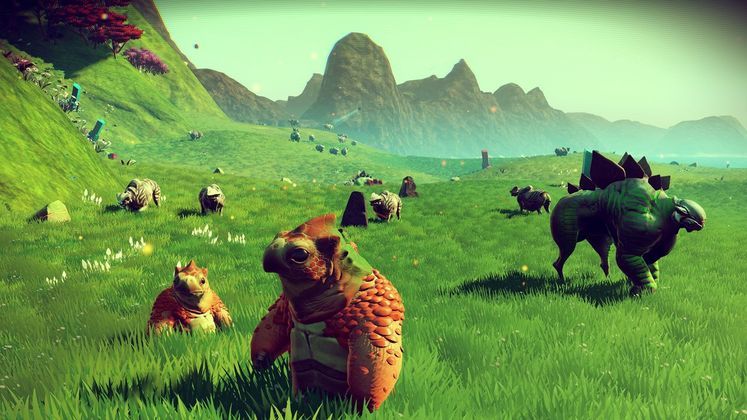 Patch 1 was all about hardware compatability and making the game playable on as a wide variety of machines and settings. Performance enhancements were made and quite a few early issues were addressed to ensure functionality and quality.

With this patch, functionality has been added for Phenom and other AMD CPUs, everything from certain libraries to the physics engine were reworked in order to allow this resolution. Game code is no longer reliant on SSE 2 or above in order to work

This patch fixed an issue in which Alt-Tabbing out of the game would either crash it or not pause the game. Now Alt-Tabbing to another program should function without any issue.

Some GPUs, particularly ATI cards, were not caching shaders properly. This was causing framerate drops and stutters as the system worked harder to keep up. As a result, the GPU caching system was scrapped and replaced with a new one.

Occasionally, a CPU or GPU configuration in which the system was set to 60 or 30 frames per second was not giving the desired results, which came out in frame stuttering. This patch resolved the issue.

As of this patch, support for this GPU has been added, although OpenGL4.5 is not entirely supported.

Unfortunately, Intel GPUs are not supported in No Man's Sky. Support will come in a future patch, but the game has also been given an internal check to let you know if you're trying to run it on an unsupported GPU.

Made for players running No Man's Sky at less than 30 FPS. Now selectable in the Options menu, Mouse Smoothing is an adjustable option that allows players to fine-tune their setup to avoid hitching or stuttering during mouse movement. It can be switched off or on at the discretion of players as well.