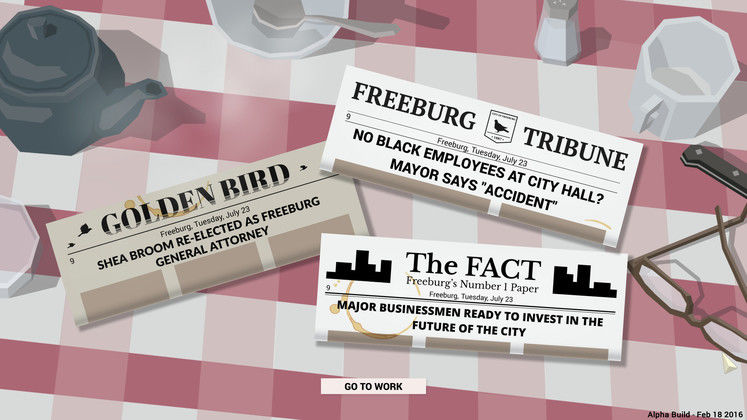 File this one under the “oops” category. This Is the Police seems pretty neat! I played it recently for our Indie Showcase and had a very good time with it. It’s a adventure game, visual novel, and casual strategy game all rolled into one, and that’s pretty neat. Less neat is that it was supposed to come out today, but is now delayed to August 2. Why? The publisher forgot to hit the button!

On the publishing side, Steamworks has a button that you press when your game is ready for final approval. That final approval takes 2-5 business days. If you’re not approved, you can’t release your game. Publisher EuroVideo forgot to press that button, which is a very unfortunate position to be in as a publisher, especially as fans are likely to turn on the developers at Weappy themselves.

I sure hope nothing else slips back on our list of upcoming PC games! 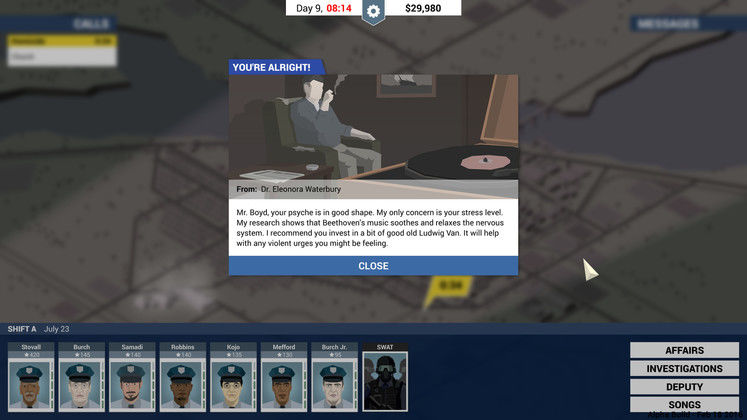 The publisher took to the game’s Steam forums to apologize to angry fans. “We were responsible to hit that button and unfortunately we missed this window, as we realized it yesterday, i.e. too late for a July 28 release. We made a mistake and feel very sorry about it. Weappy has nothing to do with this - it was just a personal mistake on our side.”

So This Is the Police will release on August 2. Even with the publishing snafu, the game had a promising start and I hope the rest of it holds up as well.