29 February 2016 | By Jonah A. Falcon
Are Respawn Entertainment and Electronic Arts getting ready to make an official announcement about Titanfall 2? It seems that way as GameStop has reportedly started breaking out the promotional material. 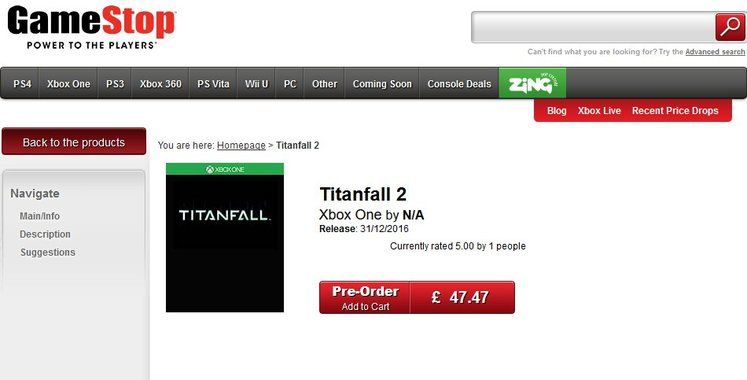 According to a NeoGAF member, "Because I am standing in my gamestop and they put up a bunch of placeholder boxes on the shelves with a titanfall 2 logo with some pretty order offer. If it was some mom and pop shop I would maybe just write it off but it's gamestop so maybe someone here messed up?"

The European GameStop retail site has also listed Titanfall 2 as well, with two priced versions - one for 47 EURO and another for 74 EURO. The game will be released on PC, Xbox One and PlayStation 4, according to GameStop.