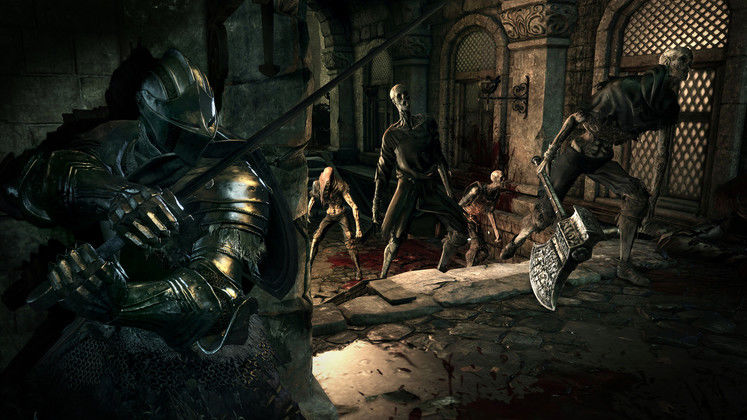 Dark Souls is hard. It’s not the hardest game ever made--not by a long shot--but it does have the ability to make every tiny victory feel like a hard-fought battle against impossible odds. But when you set the internet against a problem, it always turns out that nothing is impossible.

So it was for Twitch streamer the Happy Hobbit, who posted 0-hit playthrough of the first Dark Souls earlier this year. An impressive feat, to be sure.

But you know who’s not impressed? Series director Hidetaka Miyazaki. In an interview with Wired, he said ”I don't believe the player who says he completed the original Dark Souls without taking a hit -- it would be amazing but I think it's just an elaborate rumour!” A bold accusation from the game’s director! More seriously, he added ”Some of the stuff the community has done, collaborating on Twitch, or playing with Guitar Hero controllers, is incredible though. I've been very happy to see that kind of creativity.”

The whole interview is worth a read, especially if you’re interested in seeing Miyazaki’s take on the series’ notorious difficulty. It seems that Dark Souls III will fit in quite comfortably.

We’re working on getting a review copy for coverage early next week, so wish us luck. Umbasa.