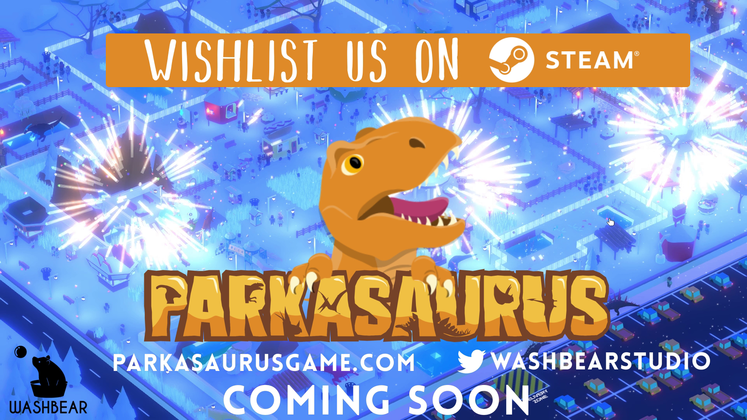 Frontier might be making their own Jurassic Park game, but they're about to get a run for their money.

Canadian developer WashBear has announced a new dinosaur themed park game called Parkasaurus, a real time strategy game where you plan, construct, and mantain your very own jurassic park. Unlike a very serious movie tie-in, Parkasaurus decides to go the charming route and make things adorable, all the way from its logo to the cute purple sunglass-wearing triceratops.

Everything revealed about Jurassic World Evolution at Frontier Expo 17 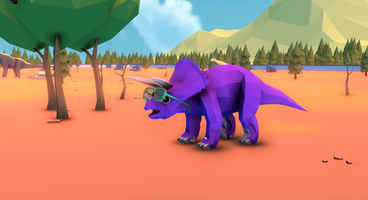 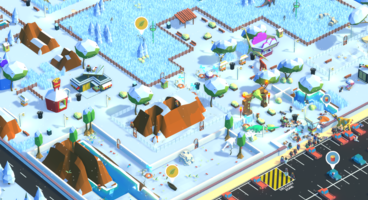 Taking charge of an abandoned park, the player will discover new technologies and attractions, but the real focus of the game are the dinossaurs themselves. Besides constructing and designing the exhibits, Parkasaurus tasks you with actually bonding with your Dinos and keeping them happy -- hopefully as happy as that purple sunglass-wearing triceratops.

Of course, capitalism makes the world go around, so those exhibits full of happy Dinos will make park guests much more willing to spend money, and you must keep a close eye on your finances and money management, otherwise your park can and will go under.

This is actually not WashBear's first prototype, but it is the first one to be unveiled to the public and "crafted with heart, stress, and puppies on

Dino acquisition actually involves Time Travel instead of DNA hocus pocus, and each exhibit must be especialyl tailored for each Dino kind, including the shape, materials, ecology, humidity, and even elevation being taken into account. If your Dinos rampage for any reason you can change into first person mode and personally handle it with care.

Parkasaurus certainly looks like a very interesting game full of heart and personality, with a lovely 3D flat art design and a very promising soundtrack. It's already on Steam for wishlisting, and you can access its official site here or watch the reveal trailer below. Excuse me while I go hug that cute purple sunglass-wearing triceratops.