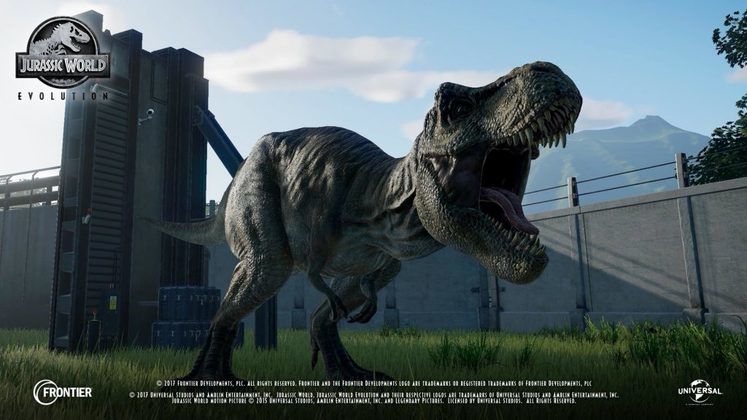 Read on for everything we know about Jurassic World: Evolution below, including a list of all dinosaurs revealed!

All the best Planet Coaster mods in one place! 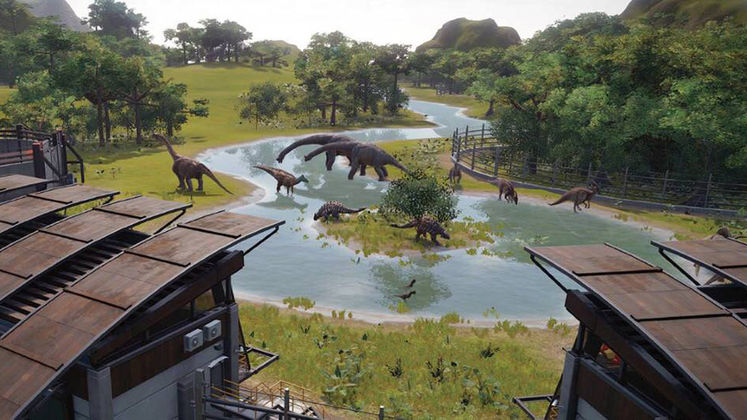 What is the Release Date?

It's been leaked that Jurassic World Evolution has a release date of June 12, just five days after the new movie Jurassic World: Fallen Kingdom launches.

There are five playable islands, including the main island of Isla Nublar, home of Jurassic Park and Jurassic World. You can go between these islands and run multiple parks. No news yet on whether Isla Sorna, the island from The Lost World and Jurassic Park III, will feature. 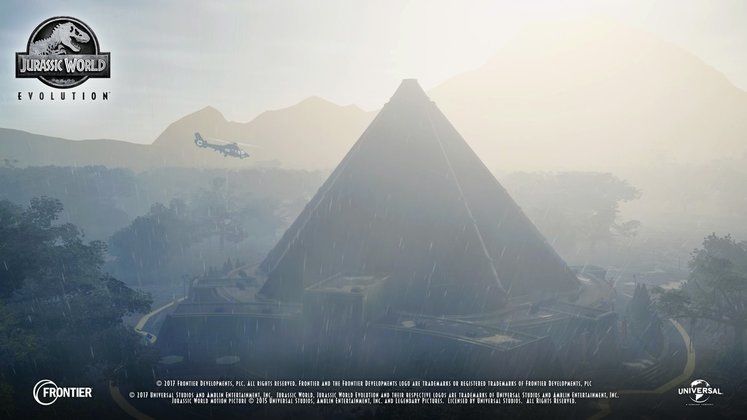 How will the game play?

The three pillars of park building, Frontier says, are Entertainment, Security, and Research. With Research you can send experts over the world gathering dinosaur specimens to harvest their DNA, until you can finally make a new baby dinosaur. Entertainment brings in the actual money, since Jurassic World is now highly Disney-ified and everything has to be for the enjoyment of the customers, so your attractions will have to be a focus too. Security is keeping everything together, even in the face of tropical storms or other disasters, although after you create a killer T-Rex/Raptor hybrid that can turn invisible that might prove a problem. 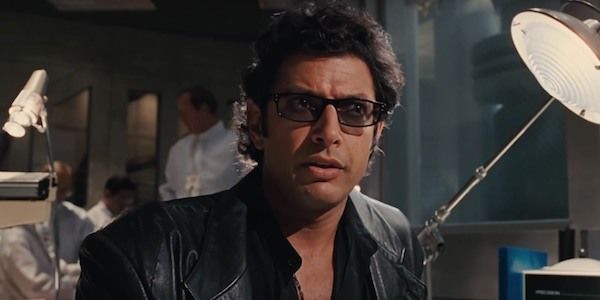 Will any characters from the Jurassic Park/World series appear?

Yes! Jeff Goldblum will reprise his role as Ian Malcolm and guide players as an advisor in their Park. Goldblum's Ian Malcolm is the character who has appeared in the most movies so far - appearing in Jurassic Park, The Lost World, and the upcoming Jurassic World: Fallen Kingdom.

What Dinosaurs Are Available? 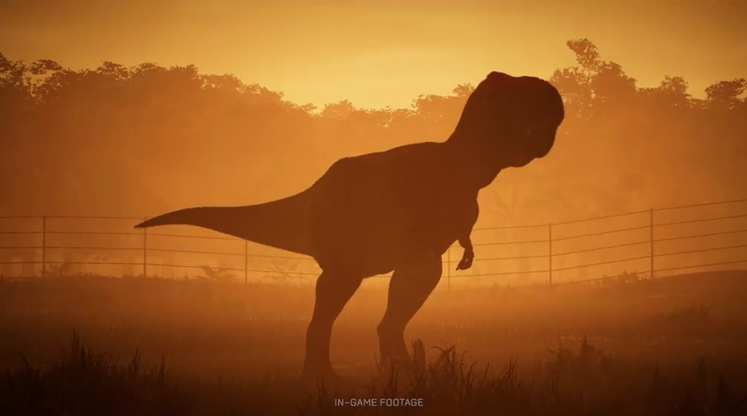 Tyrannosaurus Rex (T-Rex) - The biggest and the baddest of the traditional dinosaurs, the T-Rex has been the symbol of the series since Jurassic Park.

Fun fact: The only Jurassic Park movie to have more than one T-Rex is the second movie, The Lost World, which had three of them (Mum, Dad, and Baby). 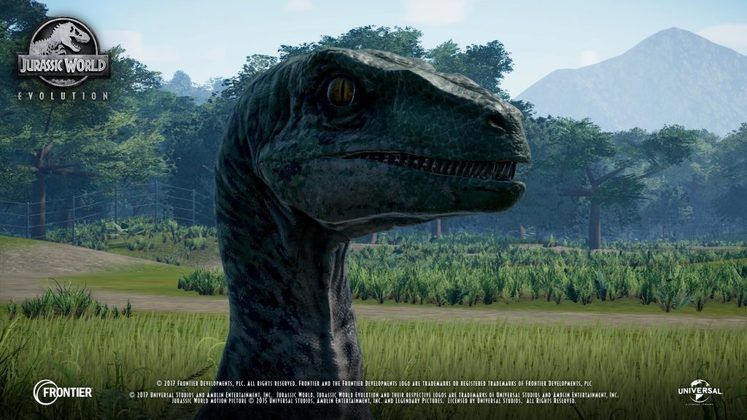 Velociraptor (Raptor) - Smaller but just as deadly as the T-Rex, the Raptors are clever, hunt in packs, and move fast. Like all animals they have an unhealthy obsession with Chris Pratt.

Fun Fact: They're the first dinosaur to appear in the series, both in live "eating helpless workman" form, and in dead form being dug up by Alan Grant's crew. Also, these movie Raptors are actually closer in design to the dinosaur Deinonychus. The claw size gives it away, as real Velociraptors have quite small claws. 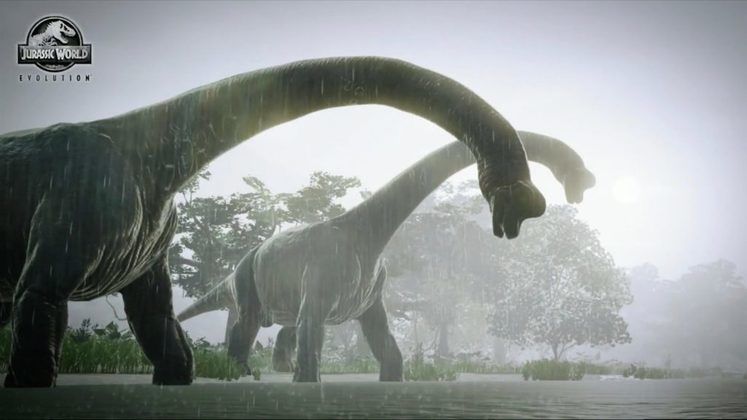 Brachiosaur - Big, lumbering cows is how Alan Grant describes the towering Brachiosaurus, the largest dinosaurs in the movies. They're the first dinosaurs Alan Grant and company see when entering Jurassic Park, as they finally discover what the Park is all about.

Fun Fact: Despite being as much an icon of the series as the T-Rex, Brachiosaurs don't actually appear in the most recent movie Jurassic World, except in the entertainment centre. 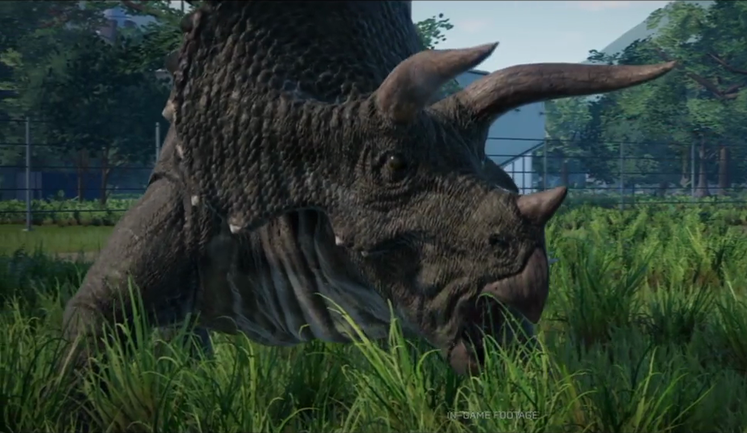 Triceratops (Trikes) - three-horned and like a prehistoric rhino, Triceratops are herbivores and are Alan Grant's favourite dinosaur. The nickname "Trike", unlike other Jurassic Park dinosaurs, is only offhandedly used by Ellie Sattler in the first movie and is never used again.

Fun Fact: It's debated whether they actually exist or not. Generally speaking they of course did, but the dinosaur we know as "Triceratops" was probably a growth stage of another dinosaur, such as possibly Torosaurus. 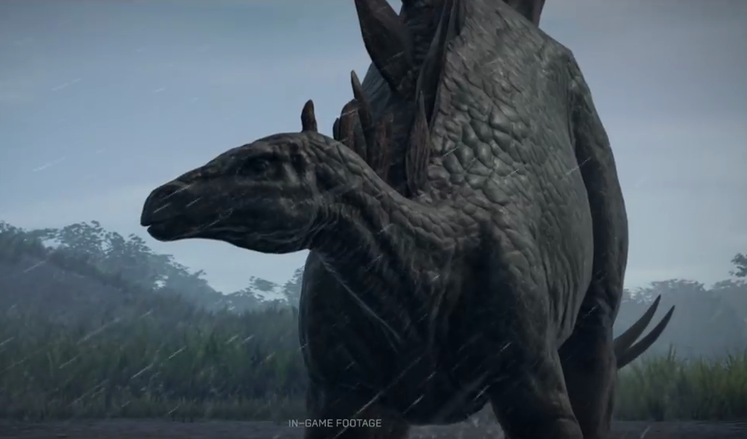 Stegosaurus - another herbivore with a good defence, Stegosaurs have a tail with bony spikes protruding from it to whack at predators. Ouch.

Fun Fact: They didn't actually appear until the second movie, The Lost World, as they were cut out of the first Jurassic Park. In the book, the sick dinosaur the touring group get a close encounter with is a Stegosaur, not a Triceratops. 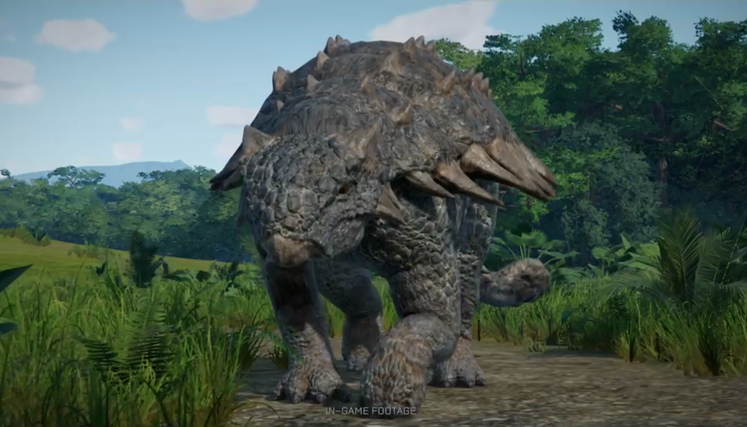 Ankylosaurus - similar to the Stegosaurus, they're also a herbivore with a weapon in their tail that they swing at predators. Ankylosaur's tail is more like a bony club for breaking bones however. They're also smaller and more heavily armoured.

Fun Fact: These guys didn't actually make an appearance until Jurassic Park III, and that's only briefly. Their biggest claim to fame is trying (and failing) to stop themselves being murdered by the Indominus Rex in Jurassic World. 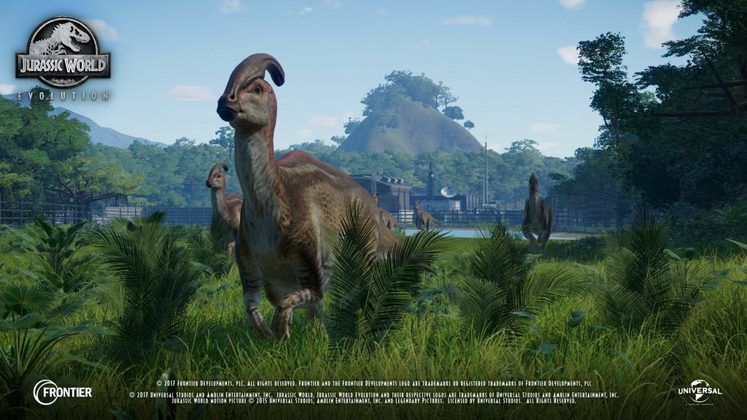 Parasaurolophus - A herbivore with a funny head adornment. Scientists aren't quite sure what it's for, with the main suggestions being regulating heat or communication. Or just showing off.

Fun Fact: Parasaurs are one of the few dinosaurs to appear on-screen in all four Jurassic Park movies, despite not doing anything. Their appearance in Jurassic Park was a blink-and-you'll-miss-it cameo drinking by a lake next to the Brachiosaur herd.

Gallimimus - The fast-running ostrich-like Gallimimus made a big impression in the first movie as the only dinosaur that Tim could identify but Dr Grant couldn't, before flocking bird-like in their direction.

Fun Fact: Its name means 'Chicken Mimic', due to their spines bearing a close resemblance to that in chickens - further evidence that dinosaurs may have evolved into birds.

Chasmosaurus - Related to the Triceratops, Chasmosaur's frill is hollow and may have been used for defence.

Fun Fact: Chasmosaurus is the only dinosaur revealed so far by Frontier that has not been in any Jurassic Park/World products previously - not any of the five movies or two books.

Ceratosaurus - Carnivore, similar to the T-Rex right down to the stumpy arms, except smaller in size and with a horn. It has bone armour that grows inside the skin.

Fun Fact: A single Ceratosaur appears in just one scene in the entire Jurassic Park series - in Jurassic Park III, it's about to attack Alan Grant and his team but is scared off because it smells the dung of the larger Spinosaurus. 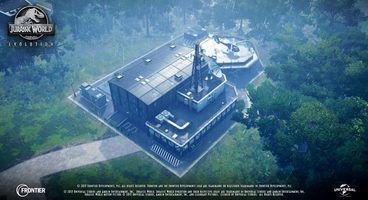 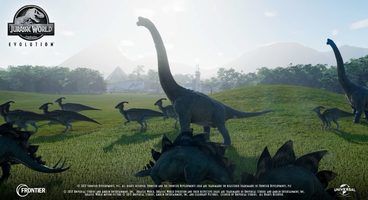 Jurassic World: Evolution is the next theme park-building game from Frontier, the developers of Planet Coaster and Rollercoaster Tycoon, and the first non-LEGO non-iPhone Jurassic Park game since Telltale's adventure in 2011. It's a semi-remake of Jurassic Park: Operation Genesis, which had the same idea (build your own Jurassic Park!) except Frontier are planning to actually make it competently, and have it be fun.