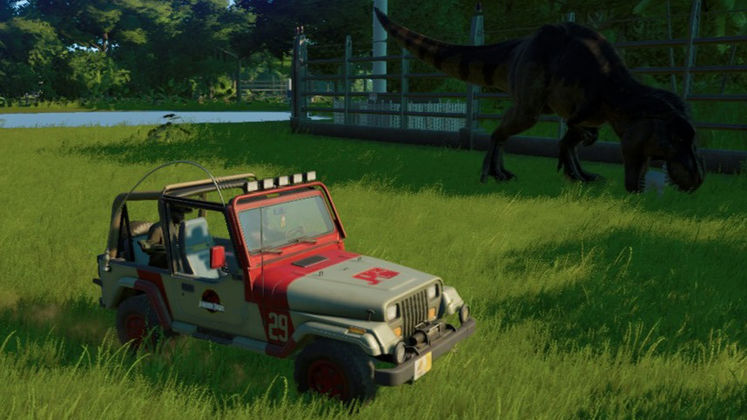 Jurassic World Evolution is now out, and while it's not a perfect management game it's a lot of fun with a lot of things to discover and unlock.

Jurassic World Evolution - How To Get The Jurassic Park Ranger Jeep 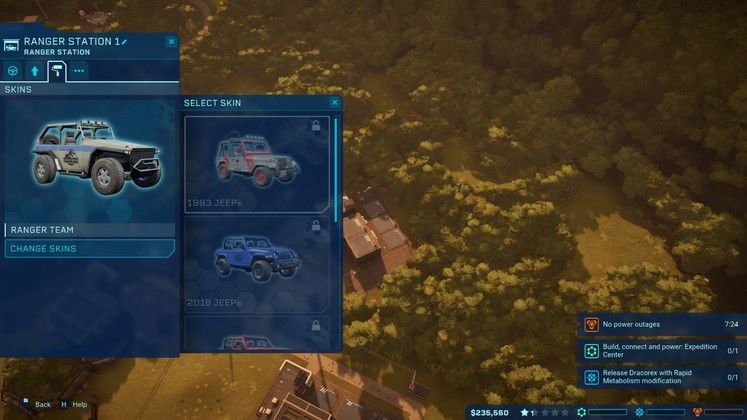 One of the fun, but frustrating, things about Jurassic World Evolution is that is often doesn't tell you how to unlock its best features, like the monorail, Indominus Rex, or even the special dinosaurs in the game's own Deluxe Edition. Such is the case with the classic 1993 Jurassic Park Jeep skin, which you can see when you pull up the Ranger menu and click on the paint roller tab (see picture above) - but the game doesn't tell you how to unlock it.

The good news is you can unlock it right from the beginning of the game. To get the skin, you have to take control of the Ranger Jeep, and control the Jeep for at least 20 seconds, and get 5 seconds of airtime. In other words - you have to make a big jump, or several small jumps in a 20 second period.

This would be easy if this were a driving game, but Jurassic World Evolution is a management sim! To do it, find a nice large area of whatever island you're on - preferably with a big natural slope, otherwise you'll have to build it yourself.

1. Find or Make a large slope.

2. At the end of the slope, use the 'Raise' landscape tool to create a jump.

3. Use the 'Lower' landscape tool to massively lower the ground beyond the jump.

4. Take control of the Ranger Jeep and drive down that slope as fast as you can! Count the seconds you're in the air!

If you've done it right, after a few seconds you should get a pop-up saying the 1993 Ranger Jeep skin is unlocked! It took us a few goes and a lot of raising/lowering, let me tell you. But it's worth it!

Also on Jurassic World Evolution, we've got info on the free Fallen Kingdom DLC, how to get the Indominus Rex, where to find the Deluxe Edition dinosaurs - and of course, our review! 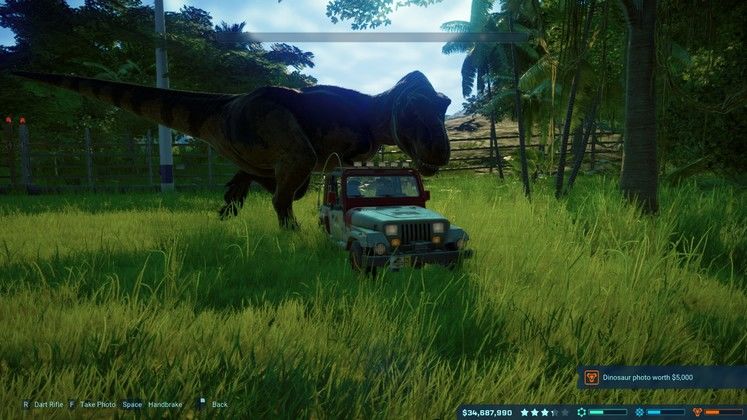