Cuddle Some Bunnies And Fuss A Red Panda In These Two New Yonder: The Cloud Catcher Chronicles Trailers 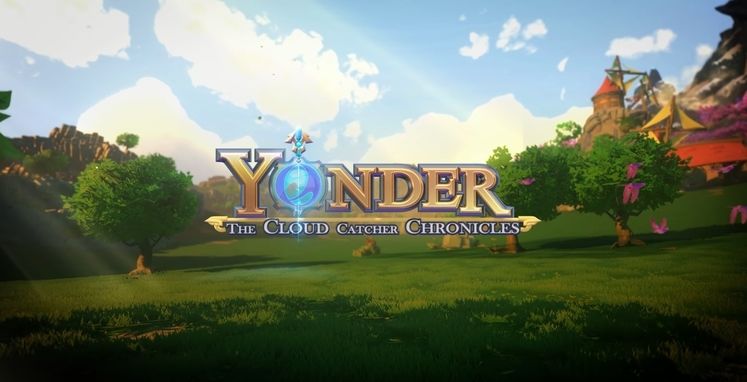 Yonder: The Cloud Catcher Chronicles looks and sounds like a grand game of exaggerated simplicity. And a duo of new trailers only reaffirms that first impression.

With the two gameplay snippets totting up to a minuscule 45 seconds of footage, there's not a whole lot to say about Yonder: The Cloud Catcher Chronicles - but its developers really want you to stay up-to-date with its happenings by keeping in touch through their official Twitter page.

The first trailer - lasting a whole 18 seconds - gives us a bunch of wide-angle views of the overly simplistic world of grassland and rocky surfaces before dipping into a tiny town with its large cobblestones and to a bunch of hopping rabbits outside in the fields. Our player character charges straight up to these bulky bunnies and seems to get along with them just fine. So that's good!

Then, with a slightly more generous running time of 26 seconds, the second trailer introduces us to a few more animals of questionable scale - A Red Panda and a herd of Moose. We'll seemingly cuddle them all in our quest to do whatever we feel like while some soft, soothing music plays out in the background.

You might look at the trailers and feel like non of your questions have been answered - whereas others may feel like they've gotten everything they could have ever asked for. That's special - in a weird way. Yonder: The Cloud Catcher Chronicles releases July 18.