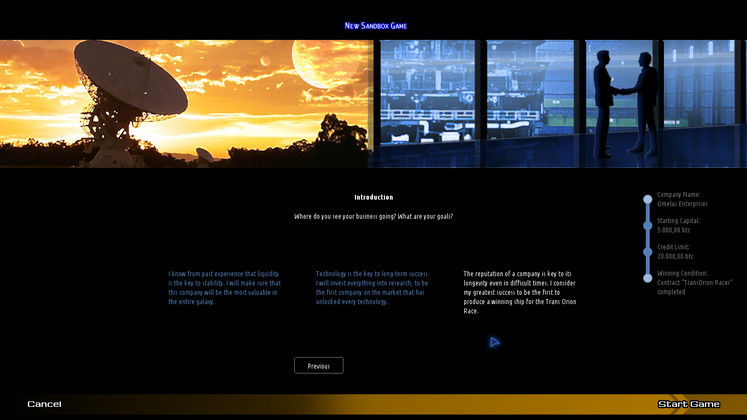 If you look at the Recently Update list for Steam, you'll see two space-based titles sitting right by each other. Dawn of Andromeda sits there for the Titan update while Starship Coproration rests above with the Military Update.

With both opting to ditch numbered patches to emphasis the scope of their newest content, both Early Access titles have managed to strike up some peculiar coincidences. 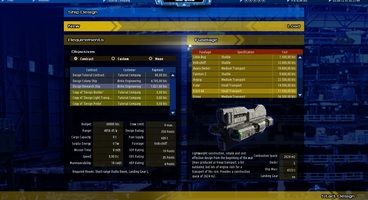 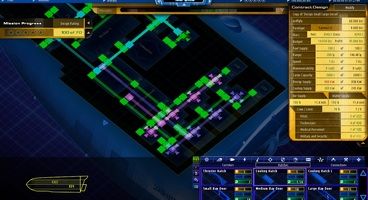 We've talked about the Dawn of Andromeda patch already, so lets focus on Starship Corporation now. For those unaware of how this one plays out, you're not on another mission to claim as much of as galaxy as possible, but instead tasks with ruling its economy by way of building the largest spaceship manufacturing business you can.

Closing in on its first year as an Early Access game, the release it's big #13 update, it's currently sitting at 30% off through Steam. Known internally as Version 1.2.6, new additions include fresh contracts, military fuselages, weapon rooms and some minor bug fixes. Though they're moving swiftly into incorporating one of the game's final missing features - strategy elements tied to unlocking new markets - they're going to focus on fixing any bugs that should arise from the latest update first.

Build a ship, shoot a rock and maybe make some money in the process. Just update the game first.