Starship Corporation Comes Out Of Early Access May 3rd

Spaceship design and construction simulator Starship Corporation will get a full release on the 3rd of May after 2 years in Early Access.

If you look at the Recently Update list for Steam, you'll see two space-based titles sitting right by each other. Dawn of Andromeda sits there for the Titan update while Starship Coproration rests above with the Military Update.

Iceberg Interactive has partnered with developers Coronado Games to bring its sci-fi simulation game Starship Corporation to Early Access in Q1 2016. The developers are hoping that this will give players a chance to help shape the development process over the coming months.

Starship Corporation is a sci-fi simulation game where players design, assemble and test space ships, in a bid to build a supreme Galactic mega-corporation. Once you've engineered your own spacecraft, you might decide to sell it for better equipment or use it to battle in real-time missions and simulated emergency and combat situations.

Coronado Games' starship builder Starship Corporation will be published by Iceberg Interactive, the icy giant swallowing up more and more sci-fi IPs like new moons. It's all about designing and building ships.

We'll also have our big corporation to run by any means necessary. We control every part of a ship's design, with up to 5 decks and over 50 different rooms. It's a real-time strategy. 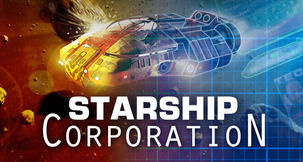 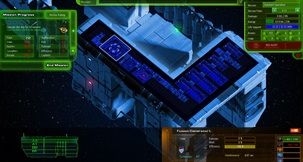 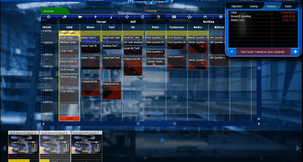