Middle-Earth: Shadow Of War Dips Its Orcish Toes Into The Microtransaction Barrel 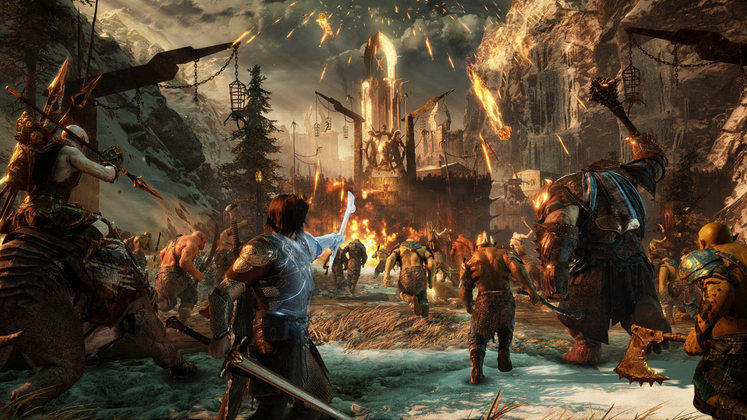 We're not entirely sure of the reasoning here, but Monolith and Warner Bros chose to ruin the weekend by announcing plans to include the all-too-familiar lootbox system in the upcoming Middle-earth: Shadow of War.

The long-awaited sequel to 2014's surprisingly great Lord of the Rings spin-off - Shadow of Mordor - will, somehow, include the microtransaction system that is known causing massive player backlash as folks decide what why they're paying for an 'incomplete game'.

By including the 'market', whereby players can throw hard-earned cash to pick up new Orcs for their army - we're really starting to tread on slave trade territory here. Though Middle-earth does have that old-time feel to it, it probably isn't a stretch to know this kind of thing would run rampant over there. But still, it's an ethical dilemma.

Thankfully, to diffuse most of the situation before its even really begun, Warner Bros' announcement post does make sure to mention one key fact that - "no content in the game is gated by Gold" - with 'Gold' being the in-app transaction stuff. Instead, the idea of adding lootboxes to the game's now famous Nemesis system is purely to save time... apparently. For those who'd rather pay $60 for a game and then spend more money so that they can complete it faster with XP boosts, gear, new Orcs and items used to customize them. These rewards are spread across 'loot chests' and 'war chests' - or a combination of the two.

While it may be discouraged to see Warner Bros decide that in-app transactions are necessary to keep the cash flow coming in, it's understandable at the same time. Single-player titles don't have the same consistent selling power as the multiplayer behemoths that keep enthralled for months at a time. And anything you find in a paid-for box can be gained in-game just fine. But what exactly is Orc customization? Famous cosplay outfits?