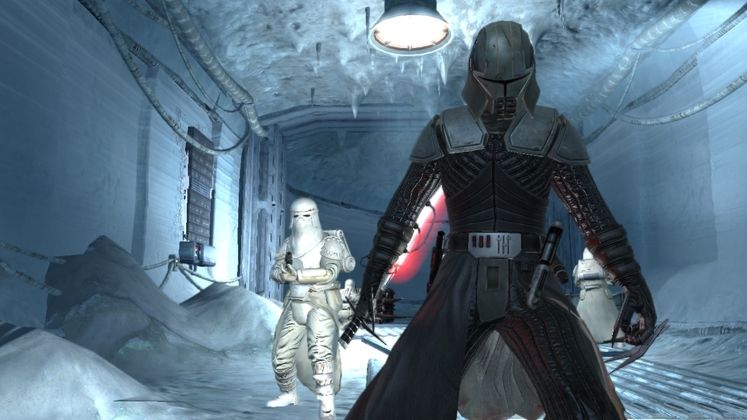 Is there a time when Humble Bundle isn't offering a lot for a little price? Not lately. Their latest stint is a large-scale Star Wars bundle that even includes the new release of an old classic.

For around the next two weeks, you can ponder, select and tweak the amount you want to pay to grab a current maximum of 14 different Star Wars titles to play on your Windows PC. Mac users, however, will only be able to run around 4 of them - officially, anyway. It's even worse for Linux. 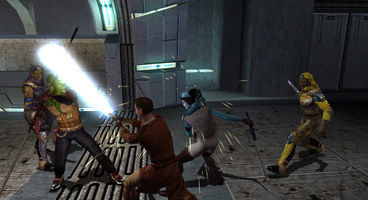 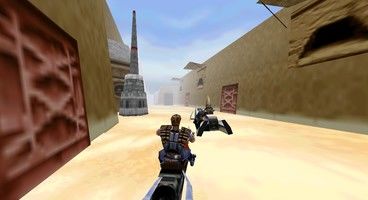 In the signiture 'Pay What You Want' catagory that started this whole Humble business, you can grab Star Wars: Nights of the Old Republic, X-Wing Alliance, Galactic Battlegrounds Saga and X-Win vs TIE Fighter. And before you get your hopes up, there's still no sign of Star Wars DroidWorks if you're into that comical Putt-Putt style Star Wars edu-experience.

Before Heading Over To Work On The Sequel, Star Wars: Battlefront Got One Last Update

Paying out for the current average of £8.39/$10.37 nets you Battlefront II (not this year's sequel), the heavily moddable Jedi Outcast, Starfighter, Knights of the Old Republic II and the complete Rebel Assault pack. Mosey on down to the $14 division and you'll grab both of the last generation's The Force Unleased titles alongside Rogue Squadron 3D, Empire at War and, arguably, the most important new release of Shadows of the Empire - a rather impressive N64 gem.

If you're only looking for the re-release of the N64 title, you're not locked into this Bundle experience. You can grab it through Steam on its own for about $5 too. That one is almost 20 years old.