It's just literally been announced now, and we're streaming the cult classic Rez - the Infinite Remaster that is - at 21:00 BST/ 13:00 PT / 16:00 ET today! We'll be playing a full hour of this beloved musical shooter, so if you're on the fence about buying it let us check it out for you first!

Rez Infinite is now on PC!

No, we're not playing the VR version, but will Rez make our list of the best VR games right now?

While Rez was released all the way back in 2001 for the Dreamcast and PlayStation 2 this is the first time it's been seen outside of consoles. Rez Infinite, the remaster, was released for PS4 last year to high acclaim, and the PS VR version was called by some as the first must-play VR title. Well, we don't have VR helmets (or whatever they use), so we're using good ol' fashioned monitors. The game itself is a trippy rail shooter entirely based around music and reactions... look, it's a little bit hard to explain, just watch the stream and you'll figure it out. It's from a lot of the team that made Panzer Dragoon, I can tell you that.

We'll play as much of this on-rails music-focused shooter as we can in an hour. We'll also be trying out the new Area X, which is unlocked from the start in the PC version. This turns the gameplay of Rez on its head by changing the art style and allowing free-flying. We're salivating just thinking about it. 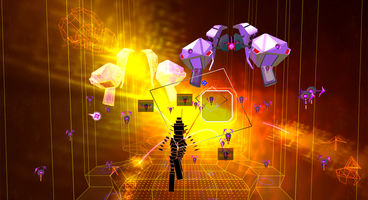 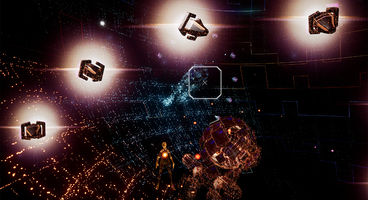 You can watch the stream below or go to twitch.tv/gamewatchercom for the full experience. If you miss it you can check out our recent broadcasts or our YouTube channel. The game's available on Steam now, but if you're unsure about it check it out with us first!