Following in the footsteps of Phantom Dust and Cry On, Hideki Kamiya's 'Scalebound' is the latest Microsoft Studios-branded Japanese game to get the boot. Cancellation of the project was announced last night.

Years into development and shown off not only at the start of the Xbox One's life-cycle, but much further in during events like Gamescom and Microsoft's major E3 Press Conference last year, the announcement still comes as a shock. Though the game was actually shelved during very early prototype stages before the development of Bayonetta, it was very close to finally seeing the light of day. 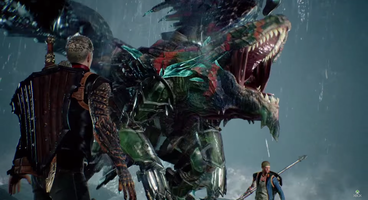 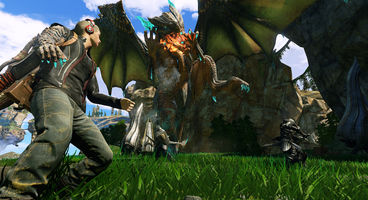 Last announced to include a 4-player Co-Op mode, Scalebound dodged an E3 2015 appearance following its 2014 announcement. Not falling victim to the continued absence of now released titles like The Last Guardian and Final Fantasy XV, the ARPG title reemerged the following year and was planned for release toward the end of 2016 before being pushed back to 2017.

Looking for a few quick pointers for your Rocket League game? We've compiled a few!

Only a short announcement on the Scalebound website confirmed rumors circulating shortly before. It reads: "Today, I have a difficult announcement to share that affects our fans, Microsoft Studios team and a valued partner. After careful deliberation, we have come to the decision to end production for Scalebound. This decision was not made lightly. At Microsoft, we remain committed to making Xbox and Windows 10 the best places to play games, and look forward to bringing "Halo Wars 2", "Crackdown 3", "State of Decay 2", "Sea of Thieves" and other great experiences to our fans."

It all happened very suddenly, and without its director Hideki Kamiya giving any official word so far, it's difficult to imagine why the decision was made. If anyone bought an Xbox One for Scalebound, they're not getting it now. 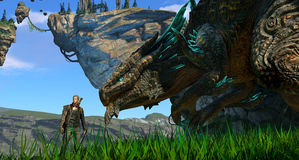