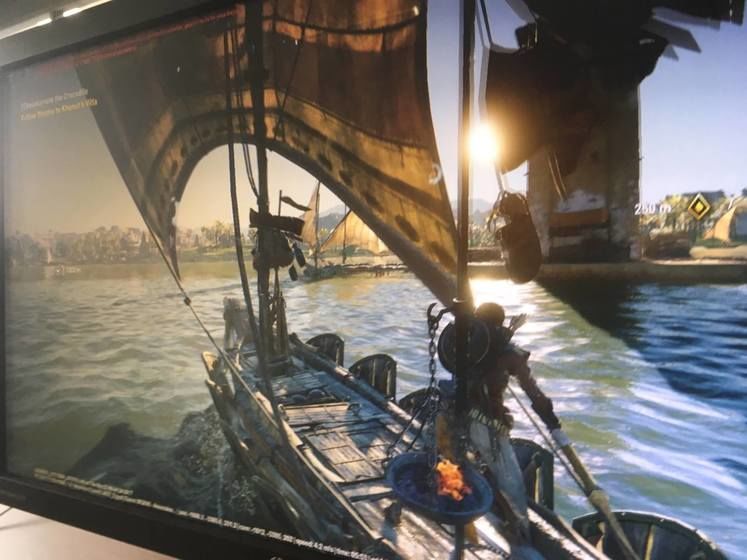 After the efforts of a yearly release schedule started to show its cracks, Ubisoft opted to take a step back with Assassin's Creed. Skipping out 2016 meant 2017 is the year for the hidden blade to reemerge - and it looks like we just got our first look at what's to come.

Reported on by WWG and later confirmed by Eurogamer and its mysterious sources, Assassin's Creed is set to tell an origin story in the appropriately named 'Assassin's Creed: Origins'.

It's a name that's used in other media all the time in similarly complex timeline situations. Some opt to start with the origin tale and go from there, whereas others might aim straight for the height of action and dip into a 'humble beginnings' route to pad things out further down the line. In the case of Assassin's Creed, it's an origin story that's taken a heck of a long time to unearth.

According to the recent leaks and backed up by numerous reputable sources by this point, Assassin's Creed: Origins will strip away almost a decade worth of current video game lore to tell the story right from the start - with Ancient Egypt being that focal point. Past rumours still suggest it being just one of the locales we'll traverse later this year with Rome and Greece being other candidates. Images seem to show naval battles will once again feature like in Assassin's Creed: Black Flag.

Kotaku has suggested its sources point toward a continually slowed release schedule for subsequent Assassin's Creed releases in the future. Following the mediocre reception of Assassin's Creed: Syndicate, Ubisoft seem to be playing things save for the continued longevity of the franchise. We'll likely hear more at E3 - unless there's a massive leak before then.