The opening animation for Sonic Mania is glorious, and a cute throwback to Sonic CD's intro [UPDATE: Game Delayed] 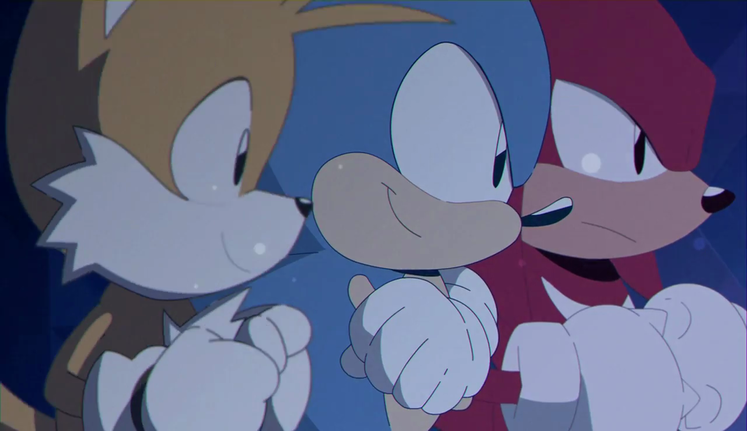 UPDATE: We're sad to report that SEGA have announced that the PC version of Sonic Mania will be delayed two weeks to August 29. This is because they wanted to further optimize the game, and not because they wanted to rip my heart out and bury it in the back yard. As an apology, anyone who pre-ordered the PC version will get Sonic 1 on PC. Now excuse me, I just need to get a tissue while I watch that video again...

Back in May SEGA gave us a glimpse of the animated intro for Sonic Mania, the upcoming retro-throwback Sonic the Hedgehog title. The animation was cute, bubbly, hand-drawn, and clearly designed to evoke the opening of Sonic CD.

Now that Sonic Mania's nearly out, this coming Tuesday August 15 in fact, SEGA have released the full intro. And it is even more wonderful than we could have hoped. Take a look, we've embedded it below.

Everything we have on Sonic Mania!

The Special Stages have been revealed!

The Sonic Mania intro is designed, animated and directed by Tyson Hesse, a really talented artist/animator who has worked on the long-running Sonic the Hedgehog Archie comic and is currently working on his own comic, Diesel.

The music is a song called Friends by Hyper Potions, two talented remix musicians who have done a number of songs for the game and its advertising so far, including the unique song for May's teaser pre-order version of the intro. They really are quite good. 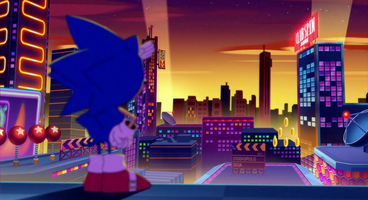 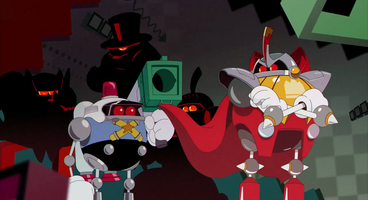 Apart from being wonderful, the opening (which continues on from the ending of the pre-order trailer) shows Sonic, Tails and Knuckles riding an elevator to their next adventure, Mania. It shows them smacking Badnik robots, warping between levels by the use of giant rings, and even the new Studiopolis level (which we've played and is excellent). It's also possibly the first Mania showing of co-op, with Tails lifting Sonic up and flying while holding him in the same manner as was possible in Sonic 3. Series villain Dr Robotnik/Dr Eggman makes a brief appearance at the end.

We played a couple of levels of Sonic Mania last year, Green Hill and Studiopolis, and it really did play like a well-polished classic Sonic game. with excellent music and perfect controls. We'll see this Tuesday if a year's extra development time has made it the ultimate Sonic the Hedgehog game, but going by the Sonic Mania animated intro alone the hedgehog's in very safe hands. The gauntlet has been thrown down, Sonic Forces. 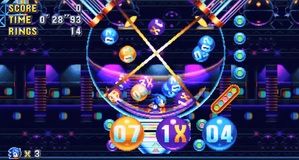