12 June 2017 | By Emma Matthews
A Quest Battle from Total War Warhammer II was briefly shown at the PC Gaming Show at E3. The Quest Battle involved two of the four new factions: the High Elves and the Lizardmen at the Battle of the Fallen Gate. 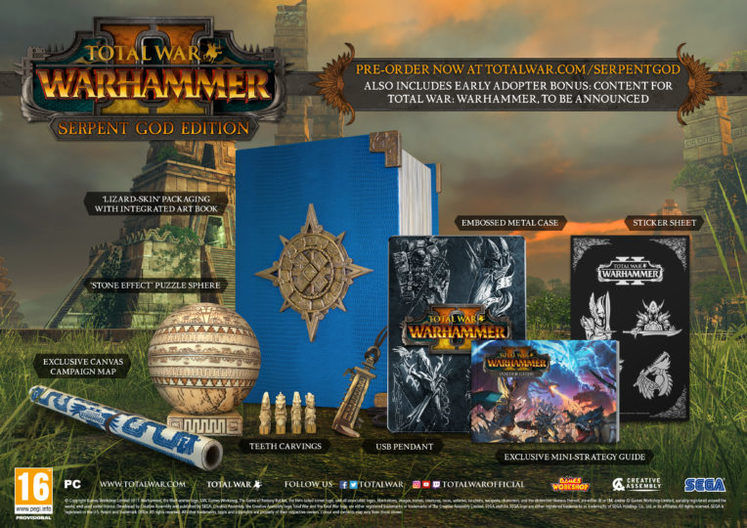 Race Pack DLC for Total War: WARHAMMER: a new, currently unannounced Race Pack for the first game in the trilogy. Adds a new Race, two new Legendary Lords and a host of new monstrous units and unique mechanics. Will be delivered and playable before Total War: WARHAMMER II is released.

Stone Effect Puzzle Sphere: This relic of the Old Ones can only be opened by the wise, the dextrous or the cunning.

Carved Bone-Effect Totems: Secreted inside the cryptic sphere is a selection of bone-totems hailing from the exotic jungles of Lustria.

Art book: A weighty collection of exclusive concept art, the thematic starting points for the many warriors, environments and settlements in Total War: WARHAMMER II. 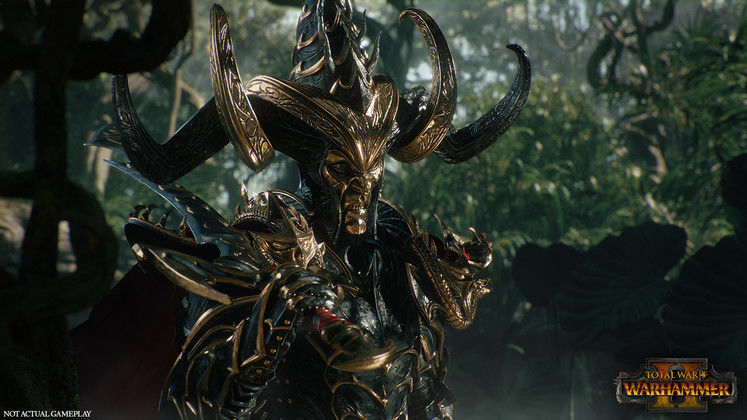 Exclusive Insider Guide: A printed strategy guide for Total War: WARHAMMER II, this book is packed with insider information to get you started with the new playable races, offering invaluable advice to help you dominate the Great Vortex and master the battlefield.

Sticker Sheet: Mark your territory with exclusive artwork of the four Races vying for control of the Great Vortex.

Canvas Map with Lizardmen Stylised Artwork: Plan your campaigns of conquest as every great leader should with this gorgeously illustrated canvas map of the New World.

Saurus Blade Necklace with hidden 8GB USB: A finely-detailed replica weapon of the mighty Saurus warriors, and the perfect vault for your most sacred digital scrolls. 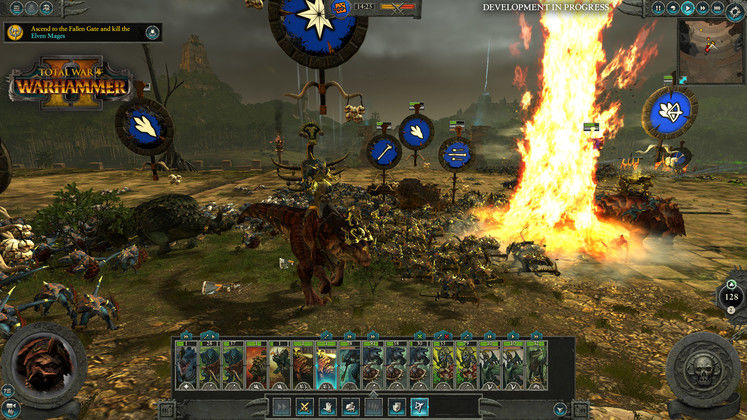 The Limited Edition of the game will also be available from selected retailers. This version will include the metal case and Insider Guide mentioned above in the Serpent God Edition. You can check it out right here. The Standard Edition is also available here..