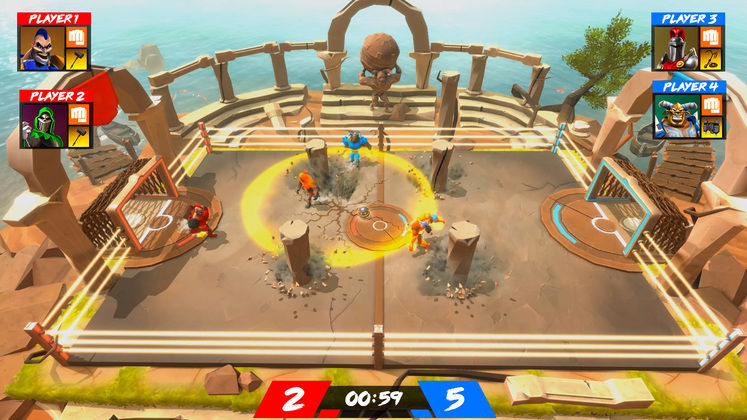 Without knowing the company name, you'd have questions if someone told you Milky Tea had a big announcement to make - especially when said announcement is Hyberbrawl Tournament.

Billed as a "ferociously fun Combat Sports Arena game", it's even a bit of a mouthful to explain. 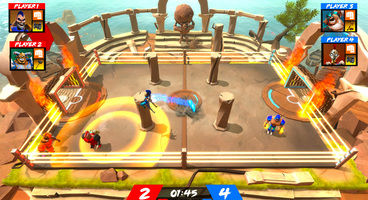 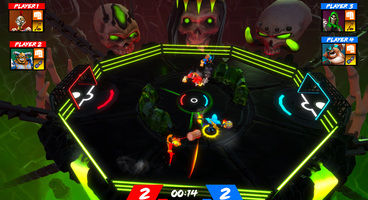 At the turn of each century, powerful warriors brave both time and space to gather within a tiny arena to play sports, beat each other senseless and score a goal with a comical air horn sound-effect attached. The tournament in question doesn't pigeonhole itself wit trivial rules and limitations leaving its combatants with free reign over how and why they decide to drop the the ball into the opposing team's net.

Pulling inspiration from popular over-the-top sports title 'Rocket League' alongside the growing Battlerite and Speedball, it's another title that would likely hold its own in an arcade beside NBA Jam. Heading into Early Access in June, Hyperbrawl Tournament will bring 10 warriors with 10 weapons, 6 arenas with special features, 8 single-player minigames and the obviously multiplayer tournament mode.

Thankfully, the developers understand the want and need for more local co-op titles assuring potential fans that couch co-op will support up to 4 players on the same machine. Just make sure to project any unsuspecting controller from a good ol' wall-toss.