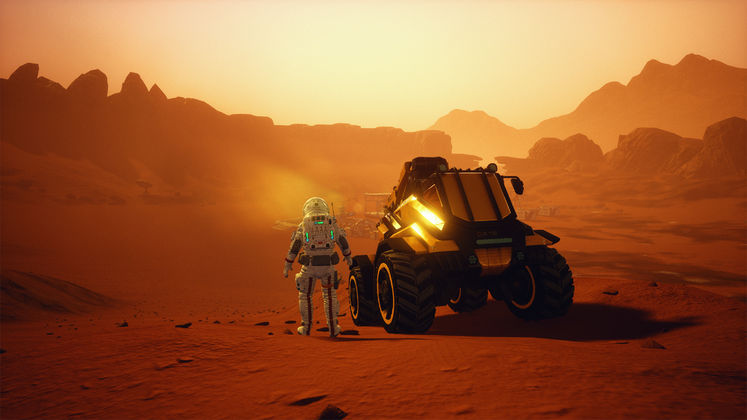 Developer Atomicom and publisher GamesCo have announced that their Mars survival/base building sim, JCB Pioneer: Mars, will be launching on Steam Early Access on August 31. They've also provided a new trailer for the game highlighting their partnership with JCB and the vehicles, spacesuits and other equipment players will need to survive on the hostile red planet.

Atomicom have been closely working with the JCB industrial design team to keep the vehicles feeling authentic and yet futuristic and fun to play. In our interview with Andy Santos, the producer on the game, he told us how enthusiastic JCB were about getting involved and how they had been supportive of the game throughout its development. They were even in favour of pushing the vehicle design into more fun territory, as Andy explained:

"The people in our office would design vehicles that looked like JCBs, and the JCB industrial design team would want to push the designs further. We were actually the ones thinking that JCBs in our game should look the way JCBs are in real life, but the people at JCB were actually pushing to make them look more futuristic, bigger wheels, more awesome and less realistic!"

JCB Worldwide Marketing Director Michael Plummer says, “Members of our design team have relished the opportunity to create these futuristic space vehicles. We’re delighted that players will be able to use JCB machinery on the planet Mars before using them on earth.”

Of additional note is that the spacesuits in the game were designed by Jim Bowers, co-creator of the Wipeout series. 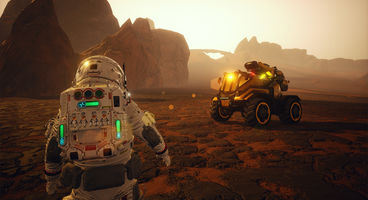 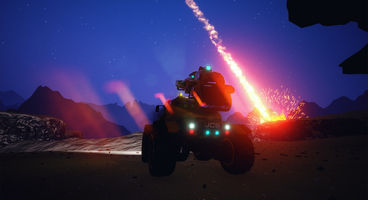 JCB Pioneer: Mars sees the player crash land on Mars during a failed colonization attempt, and being forced to build up a base and survive using only the equipment on hand and whatever minerals they can scavenge. We checked out the game recently and were impressed, and we're certainly looking forward to getting properly into surviving Mars. The game will launch with single-player with survival against the elements, with co-op multiplayer planned for later if all goes to plan. 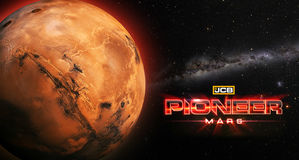