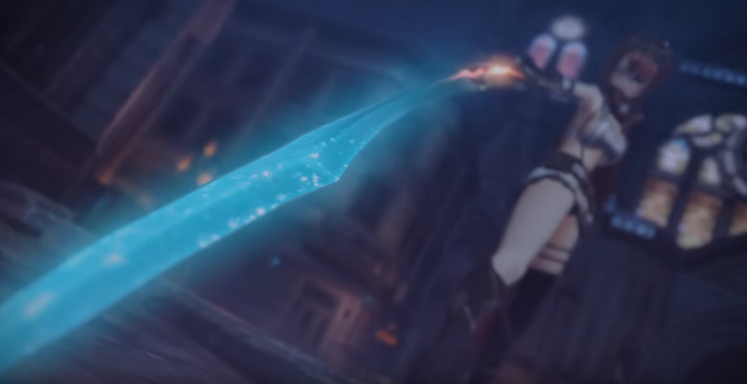 Building on the basics of the first game, Nights of Azure 2: Bride of the New Moon is looking like a much flashier hack n' slash action-rpg.

Demonstrated in a new trailer, we're finally given a look at similar combat is between the first and second game - if you've seen the first, anyway. if not; it's all new! 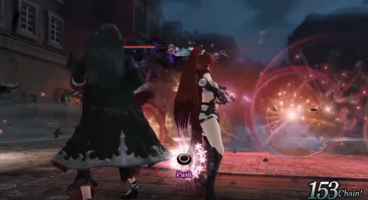 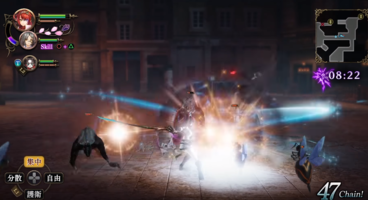 Nights of Azure 2: Bride of the New Moon follows a similar story to that of its predecessor, too. Killed on-route to her friend's sacrificial rite, Aluche is resurrected as a half-demon much like the fate that befell Arnice in the original.

There's A Lot Of Talk About Nights Of Azure Here. Read Our Review, Yeah?

Now out on a mission to rescue her obvious love interest, Liliana, it's time to put those new-found demonic powers to good use. Bringing along childhood friend Ruenheid, there's a long and dangerous road ahead to fend off the Moon Queen.

Combat retains the fast-paced sword-swinging of the first game, with projectile weapons looking to make a come-back. Siding with demons may seem like an odd choice given the situation, but it's a system in place since the first game - where you'd call upon smaller creatures to attack, heal and buff your efforts.

Nights of Azure 2: Bride of the New Moon releases this October. Pre-order gifts include alternate outfits and 3 'Servan' summons. There's a physical release up on the NIS Euope store, too.