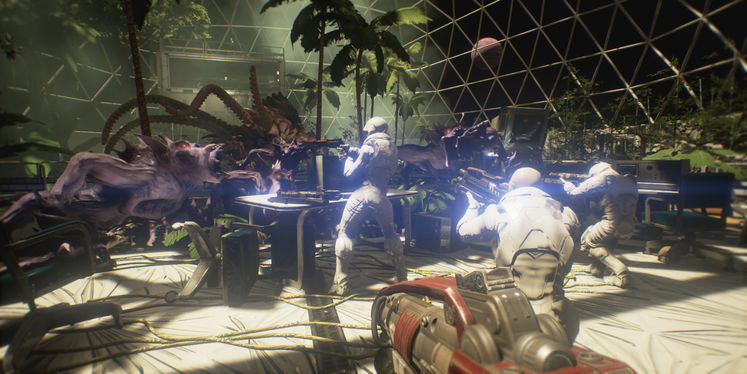 Unreal Engine 4 is starting to feel just as common as earlier entries in Epic's revolutionary game making tech. And a new group comprised of former AAA developers has found another use for the engine in Genesis Alpha One.

Forming Radiation Blue with developers appearing in credit sequences like Hitman: Blood Money, The Settlers and SpellForce 2: Shadow Wars, the group is hard at work crafting a unique take on the rogue-like formula. 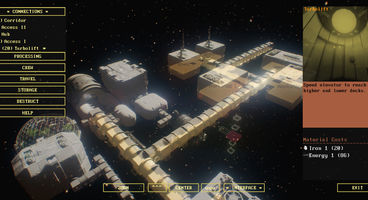 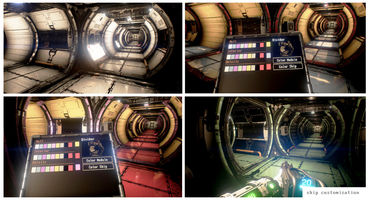 Already taking various different forms over the years through its growing popularity as a genre, Radiation Blue are taking it out into the galaxy and building upon it as a shooter with base building and survival aspects. With humanity sitting the verge of extinction, the player is sent out on the Genesis program to search for ways to manufacture a way for the race to survive while fighting off alien infestations that seek to put the nail in the coffin. Modules can be attached to the player ship to augment their progress in a style similar to DOOM's 'snapmap' feature while ultimately creating more territory for the player to protect.

With The Development Team Growing Up With Team17 Games, What Better Time To See How Far The Worms Franchise Has Come

Being grabbed up by publisher Team17, Radiation Blue's Creative Director, Sascha Jungnickel said; "We highly appreciate Team17's passion for games, their transparent developer friendly procedures and of course their exciting portfolio, that we’re now a part of! When we were kids, we enjoyed playing Team17 games such as Alien Breed and Worms. These creative and artistic experiences helped support our decisions to become video games creators. Today, with this partnership, things have come full circle which is incredibly exciting,”

There's no specific release date in mind just yet, but you can get a good feel for the title through its very bizarre trailer down below.