PlayerUnknown's Battlegrounds Has Dipped Into 'Mostly Negative' Reviews On Steam 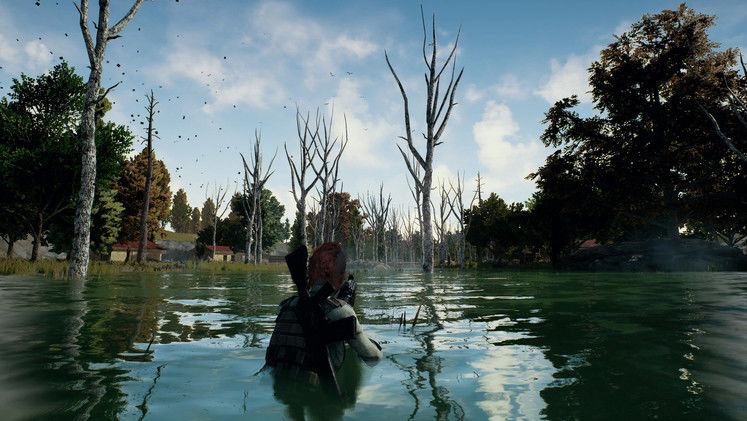 Selling close to 20 million copies in about 9 months isn't a sure-fire way to say that everybody loves your game. You can't flaunt those numbers on the front of your Steam Store page quite so easily when the first thing potential buyers see is a bright red 'Mostly Negative' user review score.

Despite its massive commercial success, that's exactly the kind of situation PlayerUnknown's Battlegrounds has found itself in. Though user metrics have always been fairly mixed for the game, they've finally tumbled into the 'Mostly Negative'. 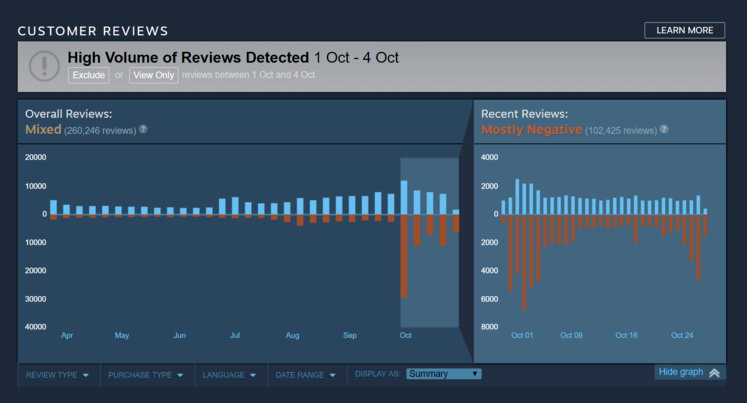 Measures put into place by Valve on Steam just a few weeks ago now allows us to determine whether a game has been the victim of 'review bombing' - a practice used to rapidly devalue a game when players band together to fight a poor developer decision. And while the charts show this may just be the case for PlayerUnknown's Battlegrounds toward the start of October, the negative reviews have continuously outnumbered the positive way further into the month.

PlayerUnknown's Battlegrounds Hasn't Beaten Its Own Concurrent Player Record In Over 2 Weeks. Could Cheating And Server Issues Be To Blame?

Fortnite Config: How To Play Fortnite: Battle Royale On A Low-Spec Machine

The thing is, plenty of the reviews voice genuine concerns. The growing influx of Asain territories onto EU/US servers cause latency advantages/disadvantages in-game, Bluehole favouring streamers when it comes to issuing bans, inconsistent optimization hindering the play experience and fixes for real problems being seemingly pushed aside for non-issues.

To add to this, as the engine update basically created a lot of new bugs & issues, we felt pushing to live servers for testing just wasn’t acceptable.

Since we have limited resources, we are now focused on fixing the 1.0 build before releasing it to everyone later this year. https://t.co/DxcUNINlFb

Ever Larik, a popular PlayerUnknown's Battlegrounds streamer, called out the game for being boring, stale and riddled with bugs on Twitter recently. The official game account soon got in touch to say "We’re working on getting the game to a 1.0 state but a recent engine upgrade has made it impossible to update the live servers atm" before promising that content additionals, fixes and optimizations were still on the way and signed off with their usual "bear with us!" plea.

With the staggering amount of copies sold in so little time, PlayerUnknown's Battlegrounds has a real chance of being a eSport title that sticks around. But if the current situation goes on much longer, it could be China consistently going up against themselves while the Western world starts to forget about what could have been.