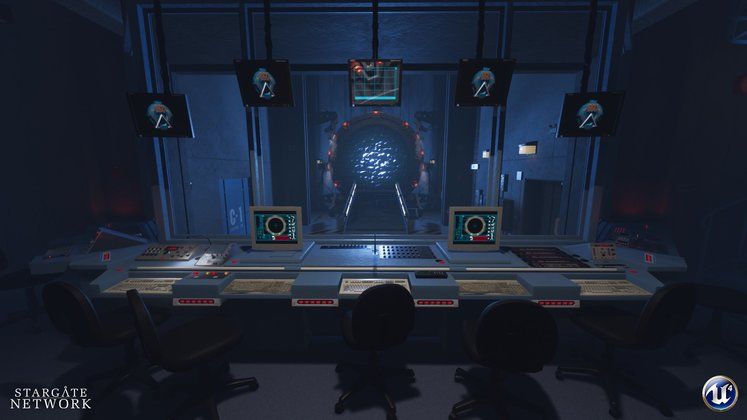 In 2013, a group of fans came together to bring the iconic sets from Stargate SG-1 and Stargate Atlantis to life. Titled Stargate Network, the free simulator game has been in development for a while and already managed to perfectly capture the visual and auditory identity of the show.

The project is so awesome that even David Hewlett -- Doctor McKay himself -- was amazed by it's quality back in 2015, and version 4.0 has just hit the internet on New Year's Eve. 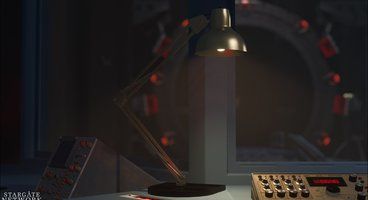 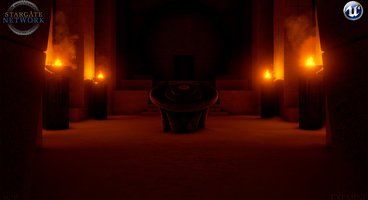 The world has been dreadfully bereft of Stargate games, but the fan project is miles above any official tie-in game ever released. It features the best virtual recreation of the TV series so far, and Stargate Network got to a pretty sweet point with version 2.3 back in 2016 before shifting development.

That 2.3 demo had most of levels 27 and 28 to explore, including the Gate Room, Stargate Operations, and the Briefing Room, and it even allowed you to send MALP's or step through the gate to Abydos, Tollan, P3X-562, and even Atlantis. It was a brilliant recreation of Stargate Command -- aside from the godawful horrible controls -- and included several functionalities like gate dialing and a fully functional iris, but the demo was abandoned as the team shifted to Unreal Engine 4.

The newly released 4.0 version is sterilely austere by comparison, featuring just a simple dialing program (no iris palm scanner) and the lower level of the Stargate Operations Room, but it comes with a launcher that auto updates the game and changes the project over to the new engine, which hopefully will be the final one. I'm still disappointed that the controls are some horrid combination of keys instead of the standard WASD, but it at least has configurable keybindings.

If you like Stargate, I recommend you give both 4.0 and especially 2.3 a chance. I've spent a couple of breathtaking hours with it in the middle of 2017, and came away thoroughly impressed. Let's hope MGM doesn't interfere with this wonderful homage to the series and let the team finish their free game. God knows we need it.