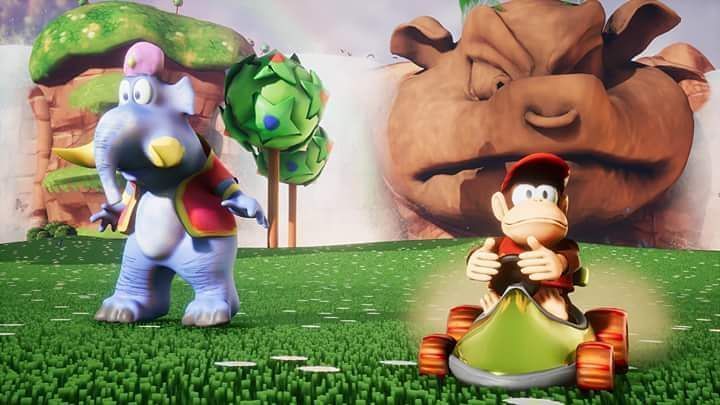 If you are unlike me and actually remember stuff, you'll probably recall a Nintendo 64 game called Diddy Kong Racing, which went toe to toe versus Mario Kart 64 (and lost). Like the Battle of Serenity Valley, however, that defeat left scars, and an enterprising fan chose to revisit Nintendo's long abandoned monkey franchise.

Fan CryZenX recreated a small part of the game's hub in Unreal Engine 4, allowing you to race around the island on your chimpanzee-driven kart in all its glorious splendour, looking just like you remember it did (but definitely didn't). Check out the video below for more info, and download the demo here.