The first X-Files Game in 13 Years is Out Now, and it's Terrible

As big fans of The X-Files, we want to believe that there could actually be a good X-Files game out there. But The X-Files: Deep State, which is out now, is not that game. It has some good ideas, but is filled with terrible mobile Microtransactions practices and poor gameplay.

Check out our list of the Best Adventures on PC!

How about the Best Free Scary Games on PC?

You can play the game here. It's available on Google Play, the App Store and in that Facebook link, so it's definitely made with mobile in mind. It has some good storyline ideas and some neat adventure game aspects, and we don't even mind that it barely features Mulder and Scully, but it's entirely based around "hidden object" puzzles (which you're often forced to repeat to proceed) and, most importantly, the worst sort of microtransactions.

It has the awful mobile practice of only allowing you to play a certain amount before you have to use Premium Currency, events happening that you have to wait in real time for unless you pay, and this terrible moment we encountered: 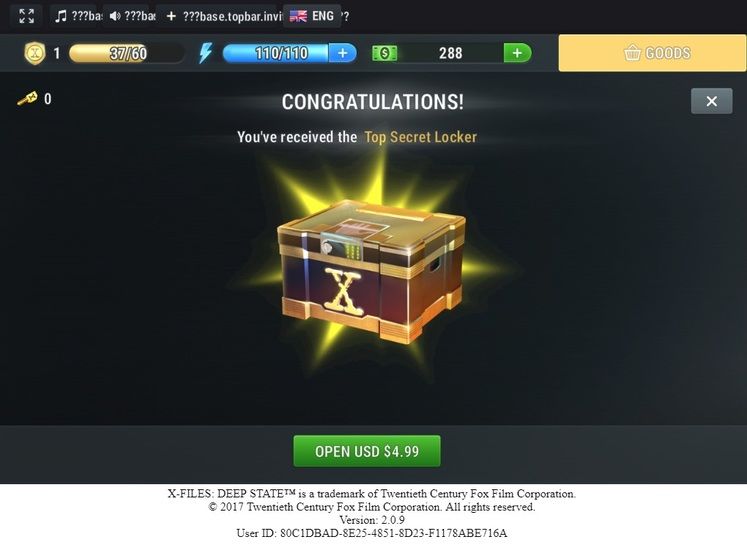 Apparently we "received" a special gift locker, but we have to pay real money immediately to open it, or lose it forever. If we weren't paying attention, we would have opened it - because normally when you "receive" something, even in mobile games, you can open it. 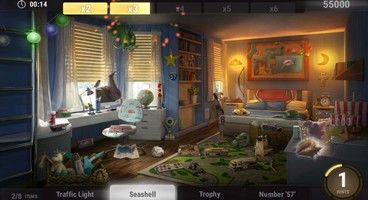 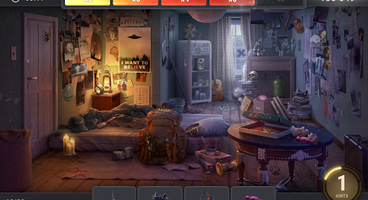 The X-Files: Deep State is out now, and has some good dialogue and storyline ideas that would normally allow us to recommend it, but with boring repetitive hidden object puzzles and sneaky microtransactions, we can't. If you do play it be careful.

This is exactly the type of thing The Lone Gunman warned us about.