The final episode of Telltale's Batman: The Enemy Within releases March 27 Telltale have announced that the fifth and final episode of their second Batman season, Batman: The Enemy Within has a release date on all platforms of Tuesday March 27, and will see the full introduction of the player's customized Joker.

Episode 5, titled 'Same Stitch' will offer a completely different experience depending on player's choices, as John Doe fully embraces his role as The Joker - but will he be a villain or vigilante?

Check out our list of the Best Batman Games on PC! 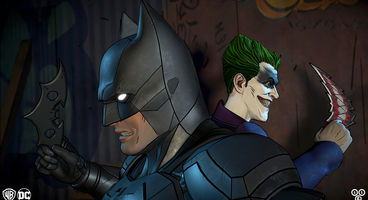 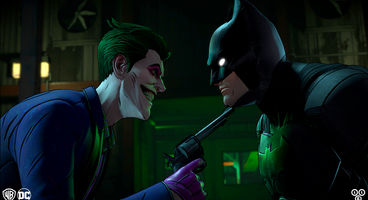 Batman: The Enemy Within has so far primarily been built on the idea that the player's choices will craft the type of person The Joker will be, and Telltale intend this to payoff in 'Same Stitch'. The episode contains three and a half hours of content spread across two nearly completely different storylines, with The Joker either becoming Gotham's ultimate villain or a deadlier version of Batman.

"Without exaggeration, Same Stitch is the most ambitious piece of content Telltale has ever produced. We had to adjust our usual development process to accommodate the added scope, but it was super important to us to honor players’ choices, whether they chose to befriend John or not. We had to deliver on the season’s central promise of allowing players to craft their own Joker."

Batman: The Enemy Within Episode 5 - 'Same Stitch' will be out on all platforms Tuesday March 27.

Related Games:
Batman - The Telltale Series Season 2: The Enemy Within