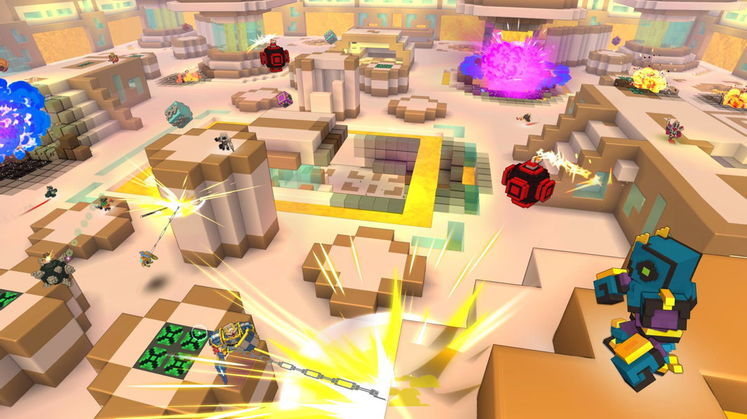 Battle Royale is taking over the world. Trion Worlds has announced that it will be adding a new mode to Trove called Bomber Royale, which allows throwdowns of up to 20 people in an exciting and chaotic new take on the Battle Royale formula.

Only one Trovian will be left standing, as you throw bombs at each other, collect power-ups, and cause carnage to the terrain. 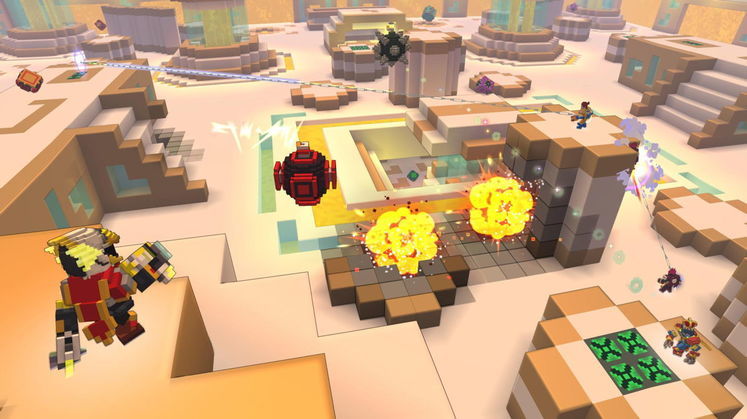 In Trove Bomber Royale, the gameplay is fast and frenetic, where players are placed onto one of three different maps together, and must throw bombs at each other in order to be the sole survivor of the skirmish. There are several different bomb types at your disposal, including bouncing bombs, sticky bombs, and more. Players can also utilize a variety of moves and power-ups, including a grappling hook to zip away from (or towards) danger and healing-based items.

The edges of the playfield will slowly disintegrate as the round progresses, stripping away the terrain and forcing players to get up close and personal with their foes in the battle arena. If that weren’t enough, Trove Bomber Royale also features destructible terrain as you can use your bombs to alter the landscape, adding another frantic twist to the gameplay! 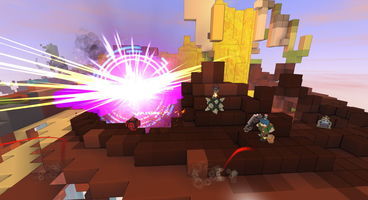 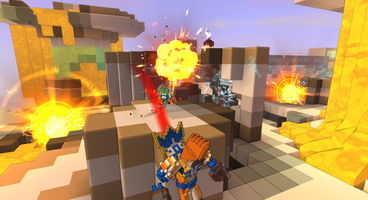 The top players in each match will earn a special seasonal currency that they can then spend on season boxes, season-specific auras, and other cool items from merchants. Loot tables are refreshed often, and any experience that you gain for your character in the Bomber Royale mode will carry over to your adventures in Trove!

The Bomber Royale mode will be made available this summer. 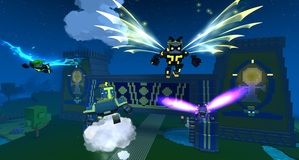