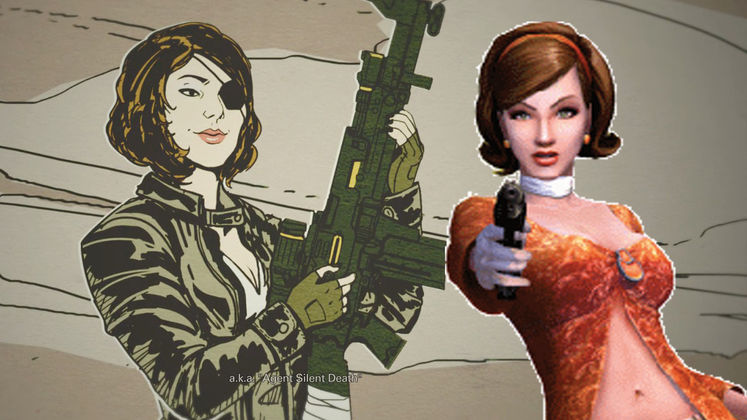 The next episode of Wolfenstein 2's 'Freedom Chronicles' DLC season comes out this Tuesday, January 30, and will feature the 37-year-old series' first female protagonist infiltrating a Nazi-occupied Hollywood movie studio - and is seemingly influenced by Monolith's classic Bond-parody spy FPS series No One Lives Forever.

Our review of the first Wolfenstein 2 DLC Episode, 'The Adventures of Gunslinger Joe'!

Check out our list of The Best Shooters on PC!

The Wolfenstein Twitter feed posted a new screenshot along with the reveal that the game would be visiting Nazi-occupied Hollywood.

Eliminate Nazis as you sneak around a Tinseltown film studio in the next episode of The Freedom Chronicles DLC, available January 30! #Wolf2 pic.twitter.com/WsQDlfqfYU

We got a taste of the new DLC, which as mentioned features the Wolfenstein series' first female player character - ex-OSS agent and assassin Jessica Valiant, aka "Agent Silent Death".

With a focus on a silenced pistol, stealth, and a female spy infiltrating a weird location, the DLC felt very much like Monolith's classic No One Lives Forever series - which hasn't had a new entry since 2002, or even a digital re-release thanks to rights issues. All we need are a few ridiculous gadgets and we'll be happy. 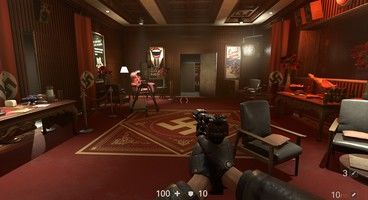 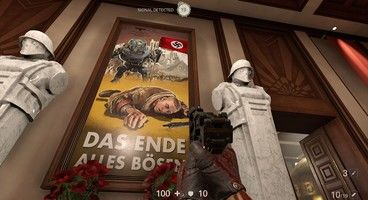 We enjoyed the first episode of The Freedom Chronicles but it never really felt new. We said, "It’s incredibly fun then, but at the same time there’s nothing here that wasn’t done in Wolfenstein 2. The levels in particular are all re-used assets from the main game, and despite the framing device of Freedom Chronicles as non-canon pulp fiction comics Episode 1 never gets crazy or unique enough to justify that." Hopefully Agent Silent Death will add that ridiculousness we're looking for.