The Freedom Chronicles Episode 1 – The Adventures of Gunslinger Joe Review 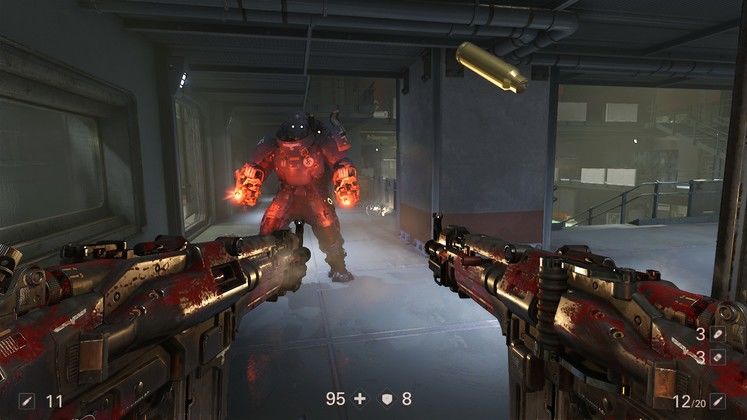 We loved Wolfenstein 2: The New Colossus is certainly one of the most enjoyable games of the year, and the prospect of returning for more Nazi blasting action is extremely tempting. We’ve already had a taster of the game’s DLC with Episode 0, but now The Freedom Chronicles can begin properly with The Adventures of Gunslinger Joe. But is it worth your time?

Our full verdict on Wolfenstein 2: The New Colossus! Wolfenstein 2 Designer Explains Why The Single-Player FPS Is Dying Gunslinger Joe is about black football player Joe Stallion, sentenced to death for humiliating the Reich, who breaks out and uses his talents with guns and shoulder-barging opponents to kill Nazis. After breaking free, Joe sets out to get revenge on the evil turncoat who tried to have him killed – Nazi dentist and former KKK leader Roderick Menze. 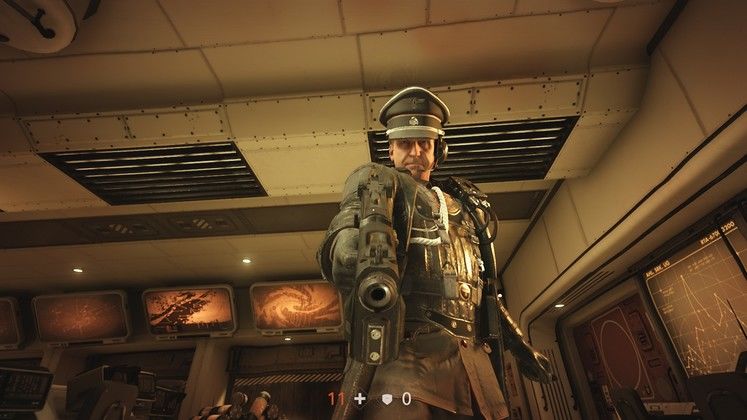 The Freedom Chronicles is meant to be pulp-y like adventure comics of the ‘60s, which explains the rather poor cutscenes featuring still pictures and not particularly good artwork. I wouldn’t mind, except the rest of the story isn’t. It fits in too well with Wolfenstein 2 and gets really dark, particularly in the second of the Episode’s three chapters. If MachineGames were going for non-canon and comic book they should’ve gone more over-the-top and ridiculous. In other words, nice try covering up your low-budget cutscenes guys, but you didn’t quite get away with it.

Still, the story is pretty good, more directly dealing with racism by having a black character, and the length of the DLC is good too – Episode 1 is only a few hours, but it certainly felt like long enough and it goes to enough variety of places to keep things interesting. 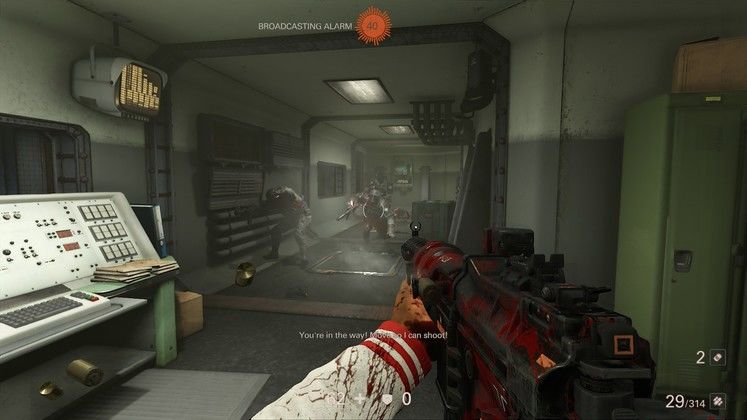 Saying that, one of the disappointments of Gunslinger Joe is that all the levels feel pieced together from locations in the main game. You’ll go through the Episode and recognize pretty much everywhere, from the town of Roswell to the Venus base. While everywhere is well designed and leads to some fantastically enjoyable fight scenes, equaling anything in Wolfenstein 2 proper, the DLC doesn’t go anywhere new or unexpected. Stealth is rendered more difficult by the absence of hatchets or silenced weapons, but other than that Gunslinger Joe is pretty predictable.

It’s still fun, we want to emphasize, and in some ways is more 1-to-1 enjoyable and “classic FPS” than the main Wolfenstein 2 campaign. Wolfenstein 2 had a lot of cutscenes, downtime, or side moments, whereas Gunslinger Joe is all about action. It feels like a traditional FPS with constant combat, mixed with the imaginative design and excellent shooting of Wolfenstein 2, which is a fantastic combination. Fans of more old-school FPSs will lap it up. 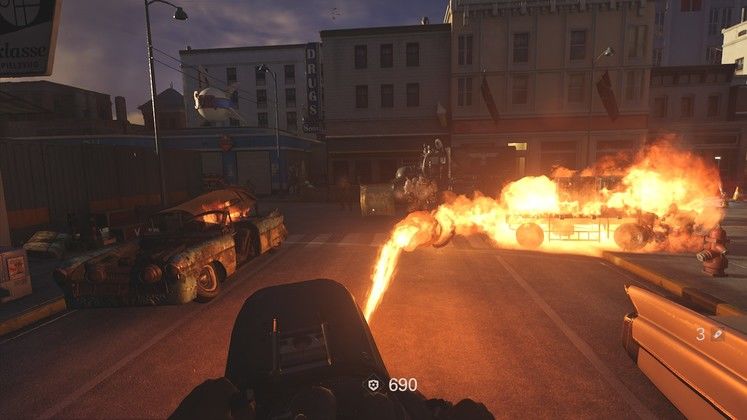 Our test system was an AMD FX-6300 Six-Core Processor, 16 Gb RAM, Nvidia GTX 1050 Ti 4Gb, and Windows 10 64-Bit, and just like Wolfenstein 2 ran perfectly with a mix of Ultra/High settings, and unlike The Freedom Chronicles Episode 0 the basic cutscenes actually ran well this time. It always looked gorgeous too, and even the cooler effects like smoke and mist ran fine on my system. Thumbs up here. 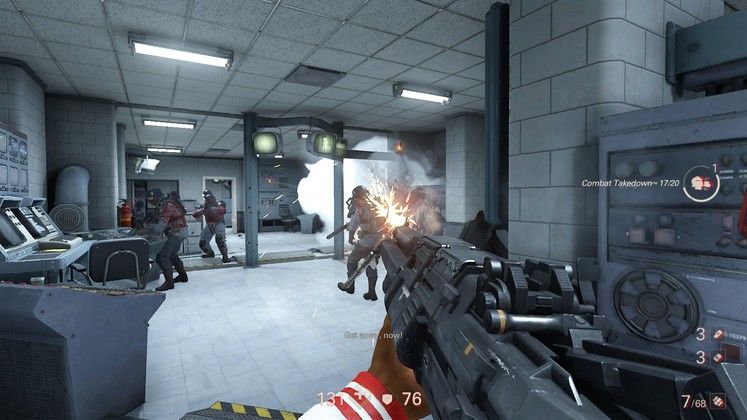 As the first proper DLC expansion to Wolfenstein 2, the best FPS of the year, The Adventures of Gunslinger Joe is incredibly entertaining but isn’t without disappointments. Episode 1 of The Freedom Chronicles is decently sized and plays like an exciting classic linear FPS with the same level of excitement and imagination in the gunplay that made Wolfenstein 2 so entertaining. It’s incredibly fun then, but at the same time there’s nothing here that wasn’t done in Wolfenstein 2. The levels in particular are all re-used assets from the main game, and despite the framing device of Freedom Chronicles as non-canon pulp fiction comics Episode 1 never gets crazy or unique enough to justify that. It’s worth picking up if you’re looking for the best FPS action around, but don’t expect anything new.

Riding a fire-breathing robot dog through the streets of a 1960s American town, and not a ruin or sewers like the main game. 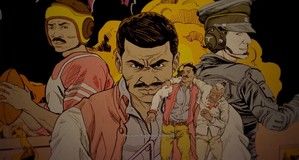 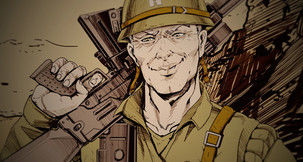 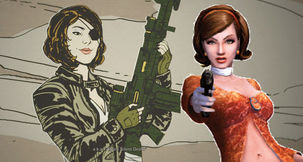 Wolfenstein 2 Goes To Hollywood on January 30...