A Plague Tale: Innocence – How to Defeat Vitalis 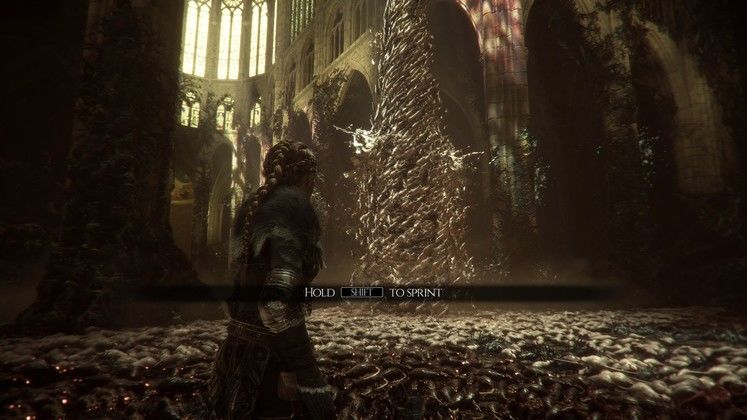 The final boss that Amicia and Hugo face is none other than Vitalis himself. While you'd expect an old man to be an easy target, he brings a special weapon to this visually stunning final confrontation: his own swarm of deadly rats.

Here’s how to defeat Vitalis, the final boss in A Plague Tale: Innocence. 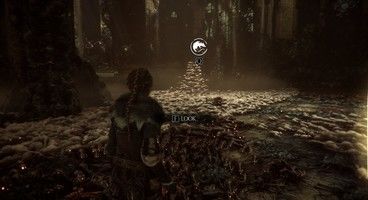 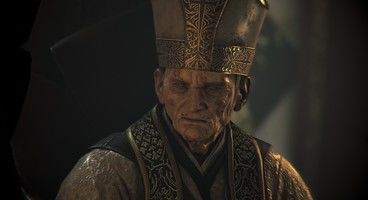 You can differentiate between Hugo and Vitalis’ rats by their colors. Hugo controls the all too familiar black rats that you’ve seen a lot throughout A Plague: Tale Innocence, while the white rats belong to the maddened cardinal. You're safe during the final boss fight as long as you avoid Vitalis' rats by any means. In order to defeat Vitalis, you'll have to go through four phases.

The first phase involves alternating between extinguishing braziers in your path, so that Hugo and Amicia can advance, while gradually pushing Vitalis’ swarm back and using Hugo’s power to counter the rat whirlwinds your opponent sends your way. You do this by simply selecting the power from the selection wheel and getting your rats to meet his whirlwind. It can become a bit overwhelming, but just aiming in their general direction should do the trick. Once the whirlwinds are down, just aim at the closest brazier with Amicia’s special ammo and extinguish it. Do this until you get close to the final boss, but keep in mind that as you get closer to him, you’ll have to counter more of his rat whirlwinds before getting a window to extinguish the braziers. Once you get near enough, phase two will start.

The main thing to keep in mind for the remaining three phases of the final boss fight is to keep Vitalis’ rats away from the middle. Succeeding from this point on relies a lot on your footing, which can be tricky, given A Plague Tale: Innocence’s sticky movement. You only control Amicia and must evade Vitalis’ attacks. He morphs into a giant rat pillar which aims to crush you. Sprinting to either side as the pillar falls is enough to avoid the attack. After two attacks where he tries to smash you with rat pillars, you can press Q to have Hugo use his rats. If the middle is clear, they'll reach Vitalis before his own whirlwinds and weaken him. You can then hit him in the face with regular rocks using your sling.

After he’s hit once, phase three of the Vitalis boss fight begins. In this phase, he’ll smash a pillar of rats on the ground and summon a swarm from below twice. You’ll also have to extinguish braziers in the center, else Hugo’s rats won’t be able to get through to the final boss. Dodge the pillars as usual and avoid the area of shaking ground while placing it as close to white rats as possible to give yourself space. Extinguish the two braziers, send Hugo’s rats to Vitalis via the prompt and hit him in the head with a rock.

The fourth, and last, phase of A Plague Tale Innocence’s final boss fight requires avoiding five attacks alternating between rat pillars and the previously seen area of effect ground attacks. Braziers will continue fall from the ceiling. Vitalis also attacks faster in this phase. Prioritize avoiding his attacks while considering available space. Extinguish the braziers as they drop, send Hugo’s rats one final time to weaken Vitalis, hit him with a rock and watch the final cutscene. That's how to defeat Vitalis. Be sure to stick around after the short credits sequence for the game’s final chapter.