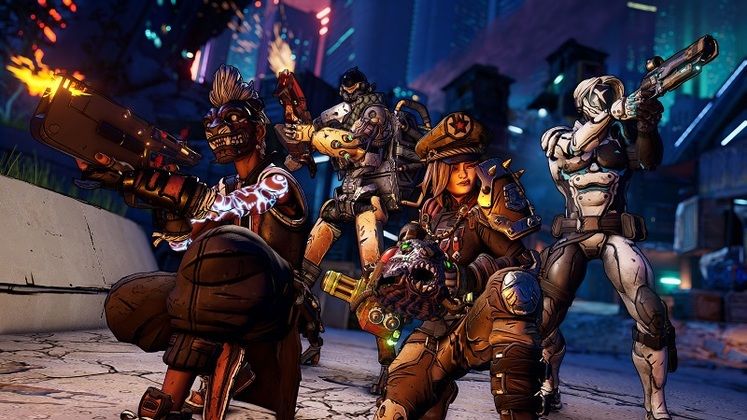 Borderlands 3's upcoming Arms Race mode was detailed during the latest episode of The Borderlands Show, giving players a better idea of what to expect from the first-person shooter's upcoming Designer's Cut DLC.

Launching on November 10 and hosted by the second game's Axton and Salvador, the Borderlands 3 Arms Race mode acts as a welcome rogue-like injection.

Stripping players of all weapons, passive abilities and Action Skills, the mode plays as a race against time – thanks to an ever-encroaching storm called the Murdercane – during which they must brave the new Stormblind Complex area and obtain loot that guarantees survival. 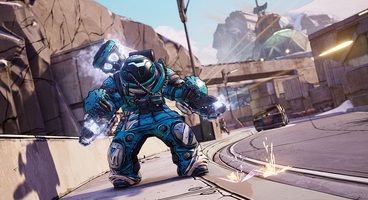 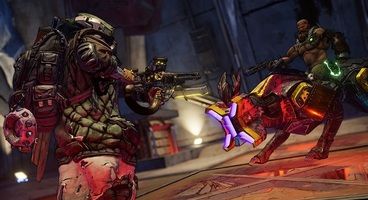 Reaching the extraction point means you get to leave with the loot that you managed to pick up, but if it's legendary items that you're after, you'll have to face off against new boss Heavyweight Harker.

If everyone falls and there's nobody around to revive you, your run ends and all collected loot is lost forever (or until you inevitably return for another go).

Also included in the Borderlands 3 Designer's Cut DLC are four new skill trees and cosmetics. Here's a breakdown, as provided by publisher 2K in an emailed press release:

The Designer Cut DLC can be purchased individually or as part of Borderlands 3's second Season Pass, which also includes the Director's Cut DLC.

The latter will bring "additional missions, end-game content, and behind-the-scenes extras" to PC, current-gen and next-gen consoles in Spring 2021.

As part of the Borderlands 3 Season Pass 2, players can also get their hands on the Multiverse Final Form cosmetics packs.

Each cosmetic DLC pack adds a new character model for FL4K, Zane, Moze and Amara that explores how they "might’ve turned out in an alternate universe where they never became a Vault Hunter."

The Multiverse Final Form cosmetics packs will also be given for free to existing owners of the first Borderlands 3 Season Pass and its Super Deluxe Edition.

You'll also find them in the freshly announced Borderlands 3 Ultimate Edition – which bundles together the base game, both Season Passes and "multiple bonus cosmetic packs" –, and the console-only Next-Level Edition that includes the base game and the new character models.