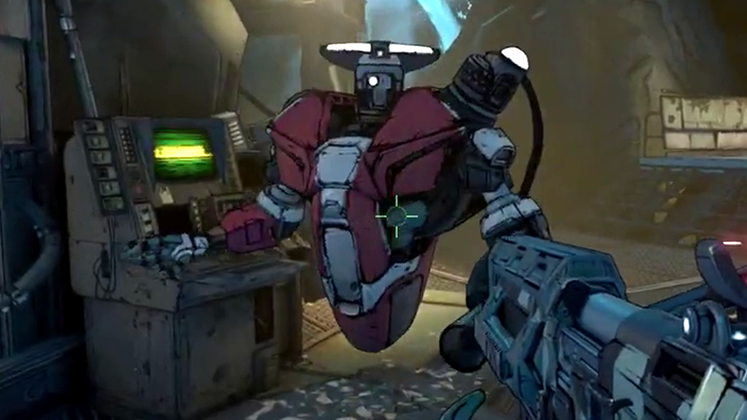 Borderlands 3 is out now, and players are scouring the various planets to find the best guns in the game. Most of these can be found at the end of quests, and one of the most annoying moments in the game is getting the Borderlands 3 Homeopathological rewards

We'll show you below how to complete the Homeopathological quest and get the Amber Management Epic gun. Are there any bugs or alternate pathways that may mean you don't get the rewards? Is it possible to fail the quest and not get the Epic gun? We've got the answers below. 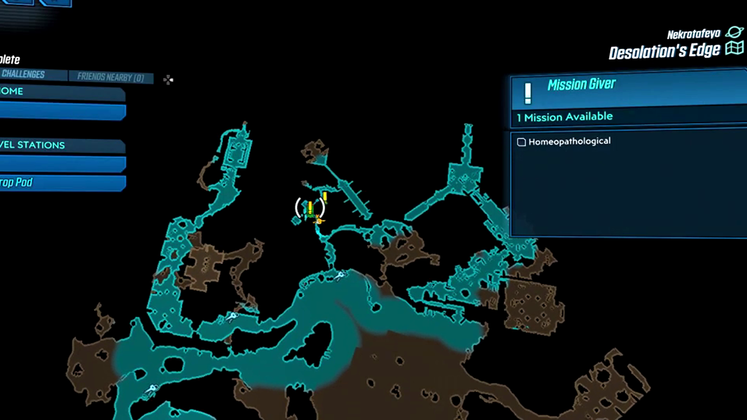 How to get Amber Management and the Borderlands 3 Homeopathological rewards

To get the Homeopathological quest you'll need to be on the planet Nekrotafeyo and the area Desolation’s Edge, near the end of Borderlands 3. You'll have to have already completed The First Vault Hunter quest and be at least level 30+ to attempt it. Head to the area in the map above and find the robot Sparrow. They'll task you with finding a Healer bot called Tern and recovering Typhon's research.

First you'll need to go to Tern's office - it's a short distance away but it'll be marked on your map, just watch out for the beasties in-between. Press the intercom when you get there, and Tern will ask to "align your energy" - which basically just means standing around for a bit while he talks to you. Head in when the doors open.

Follow Tern's instructions in the next scene through his "session" and then open his "Box of Tranquility" to get a gun, but not the one we're after. After you've done a bit of painting, we'll hit the crucial part of this mission - to either kill Tern or let him live. Follow the peaceful path and do not shoot Tern, or don't, it's up to you.

Whether you kill him or not, you'll get his memory core and can return to Sparrow to get an Epic gun, $6,039 and 8,361 XP. The gun in question is the Amber Management gun. Aside from being generally a good gun that's highly effective against flesh, it has two curious ammo types: 'Anger' and 'Happiness'. 'Anger' shots gain 25% damage every kill you make. 'Happiness' shots drain Anger but also heal with every direct hit. Weird, but useful! 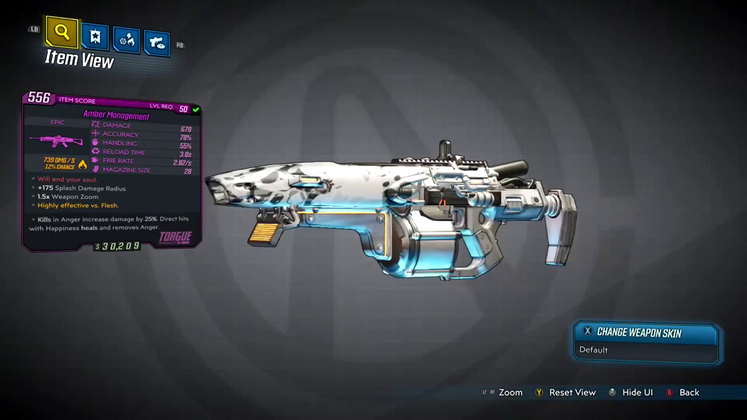