Breathedge Glass - Where to Find It and How to Collect It 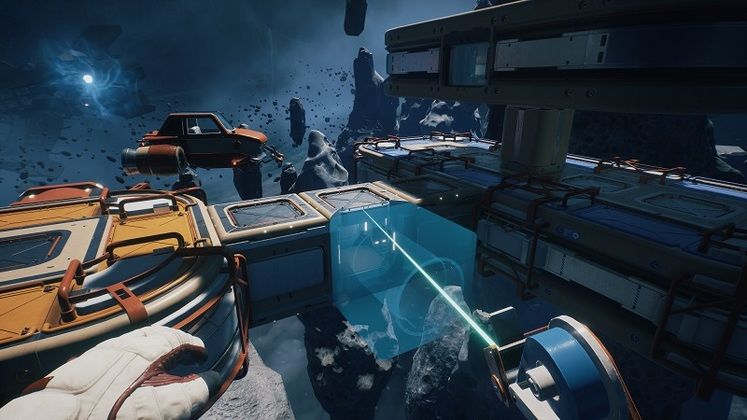 Breathedge focuses a lot on taking small steps to solve big problems. Early on, you have to find a way for your body to withstand a nasty amount of radiation that, without protection, greatly reduces your life expectancy to a few minutes. Glass counts among the materials you'll need to track down if you're looking to get over this hurdle.

Considering the sheer amount of debris around, you'd expect Glass to be more readily available around Breathedge's starting area. That, however, is not the case, and going after it without being prepared and well equipped can easily send you back to a previous loading screen. 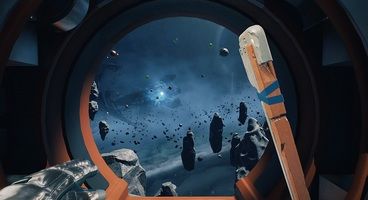 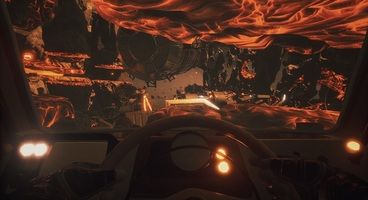 Before going after Glass in Breathedge, you'll want to make sure you've crafted a Grabber or two alongside several Oxygen Candles and Alcohol bottles. The trip is longer than most in the first section and even after upgrading your oxygen capacity once, you'll still need to rely on additional sources. Plopping down an Oxygen Station around the time you're running out of air also works.

As you exit your ship, look to the right for the large pile of debris that glows blue. As soon as you get close to it, you'll get a freezing hazard warning. Glass is found deep into this very area. You'll know you're nearing the location when your suit's AI mentions a cemetery of rescue shuttles. Could have used one of those in working condition, eh?

If oxygen is required to keep you alive, Alcohol increases your temperature, which is pretty vital once the freezing hazard covers your screen in ice. Taking a sip instantly melts the ice but does have the side-effect of temporarily blurring your vision. The main character's not a big drinker, it seems.

Glass in Breathedge takes the shape of small orbs that resemble Ice but are green instead of blue. Furthermore, when you approach them, you'll have the option of using a Grabber to pick them up. You'll want to do that as many times as you can because Glass is sharp and your astronaut hands are soft.

The first run will get you more than enough Glass to craft the helmet which, alongside the enhanced spacesuit, is just what you need to progress to chapter 2. For more help with Breathedge, check out our guides on Alkali and Wire.