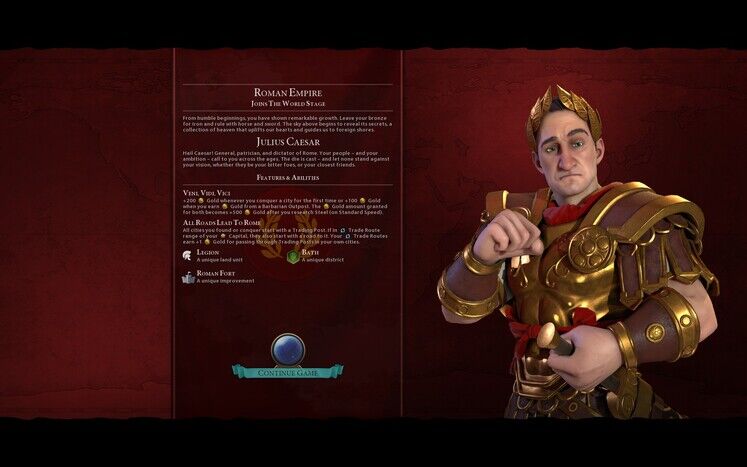 You can now choose between Julius Caesar and Trajan when playing as Rome in Civilization 6 with the new Leader Pass. Trajan's leader ability gives you a free monument when you settle a city - a very useful early culture boost. In contrast, Julius offers two ways to earn extra gold.

Let's start with a direct comparison. Trajan's monument saves 240 gold on the standard speed while Julius has to clear three barbarian outposts to earn the gold you need to buy the monument (with 60 gold in change). Alternatively, he can conquer a city and clear an outpost to afford the monument. 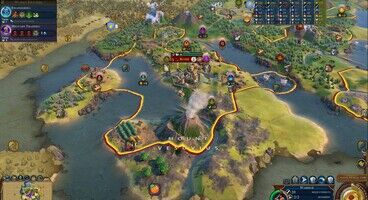 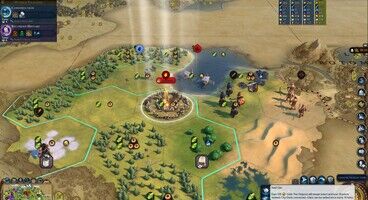 Clearing an outpost does require some up-front investment in military units, but this should be something you're doing anyway. The bonus gold you receive for mopping up barbarians is a strong incentive to produce an extra Warrior or two in the early game.

Further, the extra gold synergises with an important early game goal for Rome: beelining along the tech tree to Iron Working in order to unlock Legions. All that extra gold you have accrued will make it much easier to upgrade your Warriors into Legions.

Indeed, compared to Trajan, Julius favours a more aggressive approach through the Classical Era. A good early strategy should be to train Scouts to find barbarian outposts and train Warriors to clear the outposts. Then begin to settle cities towards your nearest neighbour, prioritising Iron deposits. Finally, spend all that bonus gold to upgrade your Warriors to Legions and march along the instantly built roads to eliminate that neighbour.

Ultimately, Julius is a solid generalist leader. The bonus gold from outposts complements Rome's existing Classical Era strengths, allowing you to expand or conquer aggressively in the early game to set yourself up to pursue whatever victory you prefer… or to continue the domination steamroll beyond the Classical Era.