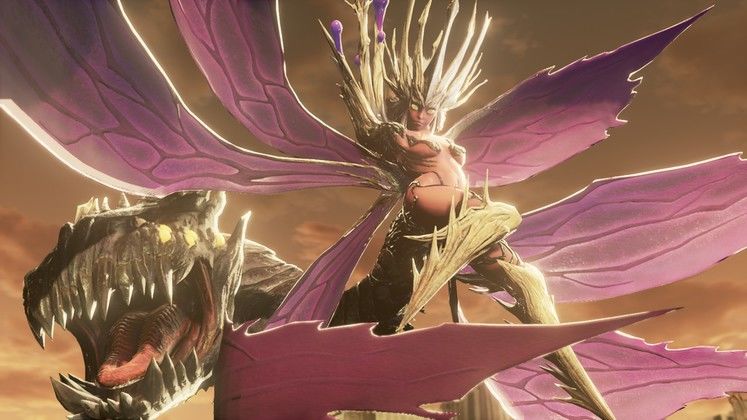 Code Vein is the latest Souls-like game from Bandai Namco, and like all Dark Souls-type games you can expect two things - an insanely tough challenge, and even tougher bosses. One of the most impressive and most deadly bosses in the game is the Code Vein Butterfly of Delirium boss.

This towering figure takes the form of a dinosaur meshes to a huge naked woman with butterfly wings, who desperately wants to kill you - it's pretty memorable! It's also a really tough encounter, not least because she keeps poisoning you! We've got what you need to beat her, however - read on! 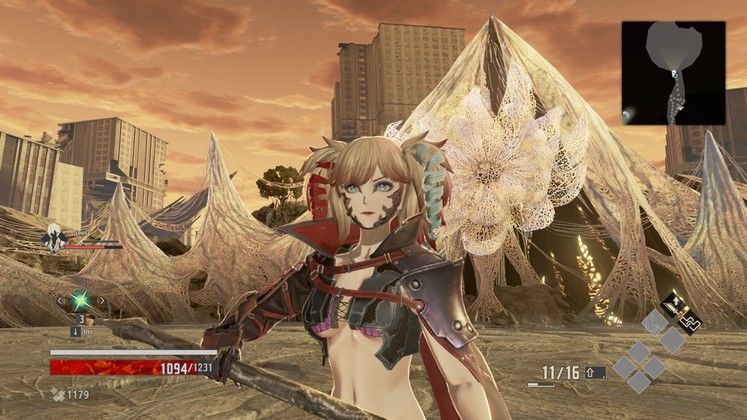 Where is the Code Vein Butterfly of Delirium boss?

The Butterfly of Delirium boss isn't too far into the game - it's at the end of the Ruined City Center location, Area A-13. Make your way through, and shortly after you get to the Parking Garage for the second time - where you pick up the Hunter Vestige Part A and get a shortcut - you cross over a narrow bridge guarded by enemies, and have to skirt around a path on the edge of a chasm.

Eventually you get to the Park Ruins area, and another Mistle. Simply keep going forward - you can ignore and run past the few enemies here if you wish - and you'll see an arena covered in a huge web. A cutscene will start as soon as you enter, and you'll meet the Butterfly of Delirium. 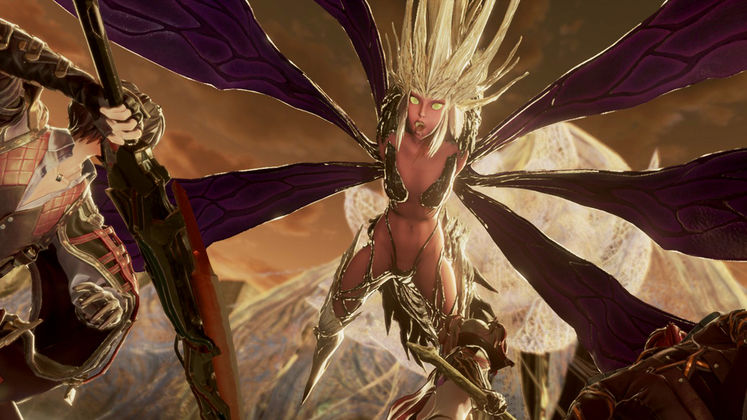 How to beat the Code Vein Butterfly of Delirium boss

The Butterfly of Delirium can be incredibly tough, but there are ways to lessen her impact. The first, as usual with Souls-likes, is to learn her attacks. These attacks include:

The most important thing to know about the Butterfly of Delirium is the Poison status effect. When you get poison damage, it's not the end of the world. You see the symbol at the bottom of the screen? It's got a red meter around it. If you just take a bit of poison, it will filter down and disappear - just avoid her attacks and you'll be fine. However, if you take more poison and the meter fills, you'll actually be poisoned and your health will decrease - take an antivenom or stay away! Plus, it's good to have a Blood Veil/armour with as much Venom resistance as possible.

As for attacking, just be careful. Attacking the Butterfly of Delirium with melee-only attacks is tough because she keeps moving, and her attacks get more effective the closer you are. Try and get her on the ground, or wait until your companion does, because then she'll be vulnerable for a few seconds. Just make sure to only give her a couple of attacks at once!

But what's the easiest, quickest, cheapest way to beat the Butterfly of Delirium? Well... 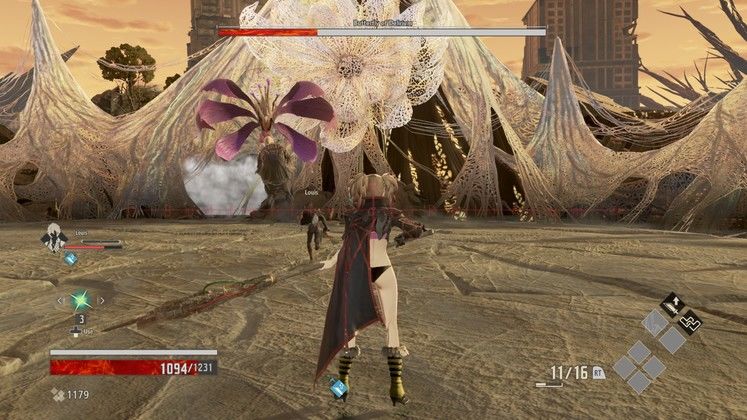 What is the cheap way to beat the Code Vein Butterfly of Delirium boss?

The first point is to have a companion character with you. For the most part, the boss will fixate entirely on you - so while you're busy avoiding the Butterfly's attacks, Louis or whoever will be hitting them from the back, and probably doing a lot of damage.

Next, change to the Caster Blood Code and make sure you have Blood Shot equipped - preferably upgraded at least once - and full Ichor from the Mistle before the boss. Then, keep a medium distance, and fire Blood Shot at the boss until your Ichor runs out. By this point, you should have done a lot of damage to the boss already. If you've got an Ichor consumable, you can use it and keep shooting if you wish.

Combined with your companion, just cheesing Blood Shot should be enough to make short work of the Butterfly of Delirium boss. After that you may have to risk going in to attack, but by this point she should be nearly dead - so not much of a risk! Good luck!