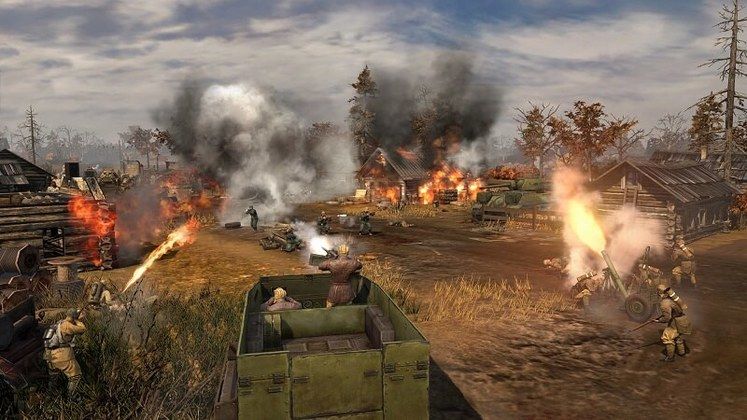 Company of Heroes 2 and its standalone single player expansion Ardennes Assault are both free to download and keep on Steam, publisher Sega and developer Relic Entertainment announced today.

Any interested players who have yet to pick the titles up have a whole week, between May 27 and June 3, to add Company of Heroes 2 and Ardennes Assault to their Steam library, after which they can keep them forever. In addition, a franchise sale will run during the same period, discounting the original game alongside other DLC and bundles by up to 80%. 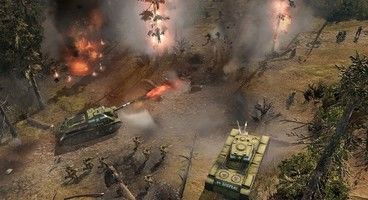 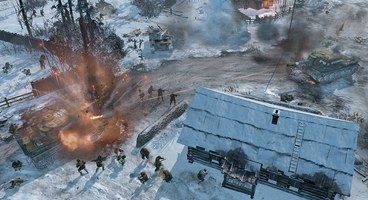 Company of Heroes 2 includes a single player campaign that pits the Soviets against the Germans as the two factions battle it out on the Eastern Front. Owners can also take the Red Army and the Wehrmacht Ostheer into multiplayer.

Company of Heroes 2 - Ardennes Assault offers a non-linear single-player campaign set during the Battle of the Bulge. You get to control the US Army's Airborne, Mechanized Infantry, and Support companies, each with its own specialization, and upgrade them as you battle the Germans for territory.

On top of that, you can also get the Case Mission Blue Pack by signing up here.

In our 2013 review, we called Company of Heroes 2 "a game that turns warfare into an art-form as infantry swarms across the battlefield, tanks churn the earth and fire cascades from the sky in stirring symphony."

Ardennes Assault struck us as "a brilliant war sim RTS" that was a bit overpriced at launch, although that latter issue's pretty much solved now that it's free on Steam.