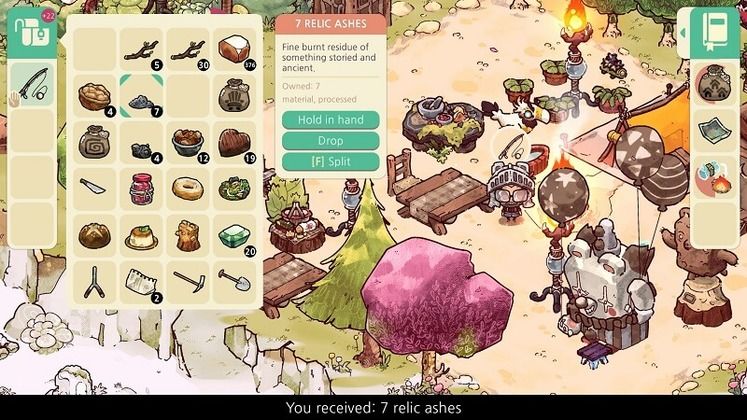 Cozy Grove's daily quests revolve around collecting various materials and bringing them back to the ghost bears spread around its beautiful island. But without the power of foresight, items like Relic Ash can make you wait longer until you can make another step towards helping the bears recover their memories and bringing a bit of temporary color to their surroundings.

As much as Cozy Grove prioritizes relaxing short sessions, encouraging you to take it easy with its portioned daily content, some of the ghost bears' requests revolve around items and materials like Relic Ash, which come in a limited amount. If you're a bit too keen to complete Captain Billweather Snout's collection, you may be unable to finish certain quests on the same day as when you pick them up. 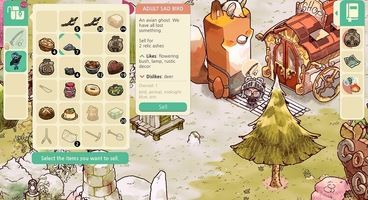 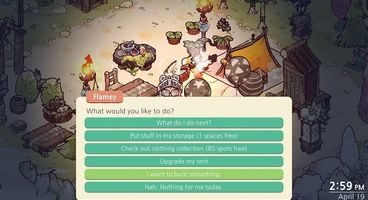 Relic Ash only becomes available in Cozy Grove after unlocking the Dowsing Rod item, which we've covered in a separate guide linked at the top of this article. The relics you uncover using it are the prime source of Relic Ash, at least in the early days, generating it when burned at Flamey.

Since you can uncover different relic types, you might feel tempted to donate them to Captain Billweather Snout on the beach. That's a valid approach, but you may want to hold onto your first few relics and burn them for ash.

Charlotte Pine offers to upgrade your not-so-mighty pickaxe in exchange for 4 Relic Ash and 5 Iron Ingots not long after you get the Dowsing Rod. The material does pop up in later requests as well, so having at least a few pieces on hand always helps.

You can uncover up to 2 relics each day, from our experience, but other users report sometimes finding 3. Although they can reward more than one Relic Ash when burned, it's not something you can rely on. Another alternative source for the material comes from selling birds at Mr. Kit's shop. This may, however, only be viable if you've birds that really dislike the current state of your grove and/or your taste when it comes to decorations.

But should you hold onto all your Cozy Grove Relic Ash? Is delaying quests a huge problem? Only if you feel like it and no. Completing requests later doesn't come with any penalty, aside from maybe adding a few extra days to the time it takes to beat the game. The advice above largely caters to those players who cannot escape the specter of efficiency.